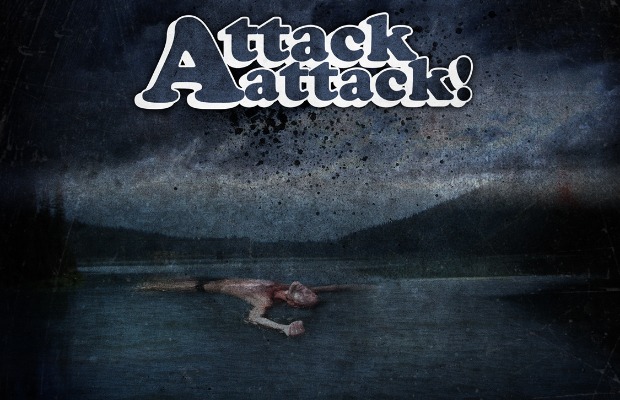 Modern metalcore is full of electronic influences now. It wasn’t always this way, though. Around the mid-to-late 2000s, the genre began to absorb EDM mixes and synth like a collective sponge, blending breakdowns with bass drops and elevating keyboardists and programmers to crucial positions in the band. Record labels like Fearless and Rise were receptive to this sound early on, providing a launching platform for a new wave of bands who would further experiment and take the electrified version of metalcore to new heights. At the international level, death metal bands had already been fusing trance electronics into their sound for a long time—from Finland’s Children Of Bodom to Japan’s Blood Stain Child. But electronics wouldn’t really take hold in modern metalcore until after 2007. Here are five albums that electrified metalcore and brought their own unique sounds to the genre.

In 2009, the Word Alive took experimentation to the next level with the Empire EP. As their first release with then-new vocalist Tyler “Telle” Smith, the EP was essentially a fresh start for the band and would be used as a benchmark to define their sound going forward. As apposed to traditional chugging metalcore, Empire was littered with experimental rhythms and exotic leads, while maintaining a tasteful trim of synth from then-keyboardist Dusty Riach. On the album, the band go from full-on key-driven tracks like “Inviting Eyes” to more minimalist, electronic ones like “The Only Rule Is That There Are No Rules.” For a young band, the Word Alive exceeded all expectations with this release.

Before Jerry Roush was killing it in Glass Cloud, and before his brief stint fronting Of Mice & Men, he was in Sky Eats Airplane. During Roush’s time in the band, SEA were one of the top electronic acts in metalcore. Their 2008 self-titled album took a more raw, aggressive approach to the sound, blending droney electronics that were more trippy than pretty with a form of metalcore that leaned heavily toward hardcore and thrash. Roush would eventually leave the band, who would release one more EP before breaking up in 2011.

With Take To The Skies, British four-piece Enter Shikari went full-on rave. The album is almost as much a techno/trance release as it is a metal one. Songs like “Mothership” and “Sorry, You’re Not A Winner” feel both at home in the pit and the club, fusing the two sounds in a way that feels credible. It’s worth pointing out that the band were the first to release a metalcore album that could also pass as a respectable techno effort.

After releasing their 2008 “crabcore” debut, Someday Came Suddenly, and parting ways with original vocalist Austin Carlile, all eyes were on Attack Attack! for a successful follow-up. After keyboardist Caleb Shomo took Carlile’s place on vocals, the band would release their most successful and ambitious album, 2010’s Attack Attack!.If the Word Alive were being experimental and Enter Shikari were raving, AA were just having fun. The album bought hip-hop, house and dubstep into the mix and was just generally all over the place—hitting with an Earth-scorching breakdown one moment (“AC-130”) and dishing out some guido dance jams the next (“Turbo Swag”). The Auto-Tuned clean vocals were shameless, Shomo’s screams were devastating and the dance-floor appeal was undeniable.

This year, when it looked like electronic metalcore had finally peaked, Issues dropped this bomb on us. The band’s self-titled debut is like the expensive wedding cake of metalcore. Taken at sheer production value, the album is just gorgeous. All of the fine details were hit with this one, creating what is essentially the perfect pop-metalcore album. When AP’s own Brian Kraus called it “the future of metalcore,” he wasn’t kidding. What this album has most importantly accomplished is proving there are still new heights for the genre to hit. The sound can still be further crafted, perfected and harnessed, and Issues took a big step in that direction.