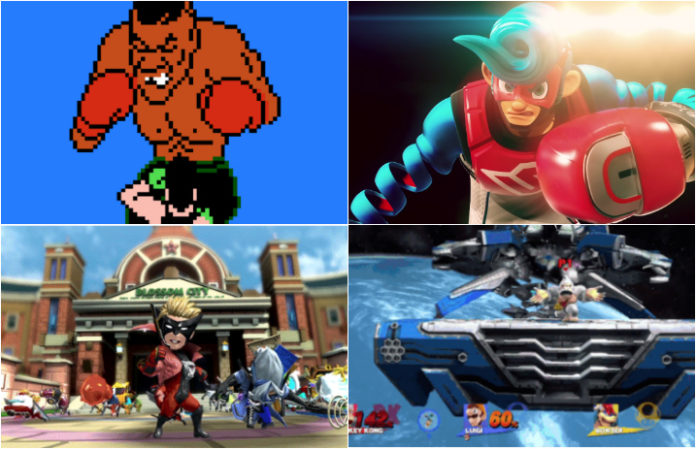 There’s always something to be frustrated about—a boss who just won’t leave you alone, a computer that refuses to connect to Wi-Fi, a Nazi who just won’t shut up. Far too often, the ability to change these things lies outside of our control, leaving us with no option but to scream.

When screaming loses its effectiveness as a stress reliever and your local gym reeks of sweat, video games are ready to lend a hand. Or in this case, lend a fist.

Unquestionably the best boxing game ever made, Punch-Out!! pits your character, Little Mac, against some of the fiercest competitors from around the globe. Face off against an aggressive assortment of antagonists including Glass Joe, Von Kaiser and Mr. Sandman (also known as Mike Tyson, depending on your interest in facial ink). Even better, you can choose between 8-bit, 16-bit and polygonal versions of the game depending on your visual preferences.

Would you rather look ahead to where video game punching will go rather than when it first became great? Well, Nintendo is back at it again with ARMS, set to be released for the Nintendo Switch sometime this spring. While this game may require you to get up off your couch, the trailer indicates that even a small child can square up against the largest of adversaries and give them the fight of their life.

While Little Mac made a grand return in Super Smash Bros. 4 for the Wii U, the most iconic of punches from the series belongs to Captain Falcon. First known as a race car driver in the F-Zero series, the Captain got up from behind the wheel and showed the gaming world that his fists (and knees) are just as deadly as his driving skills.

The Wonderful 101 gives gamers the chance to combine hordes of civilians into a number of configurations, including swords, guns and massive fists. While every enemy is weak to different weapons, there’s nothing wrong with sticking to what you know best and introducing yourself with a five-knuckle handshake.

Sometimes punching is hard, but an added level of difficulty might make the end result that much more satisfying. The Dark Souls series is known for being brutal, punishing players for even the slightest mistake. Most veteran gamers recommend finding the strongest weapons available to aid you in your quest, but others showed us that all you really need is a good fist to batter through the obstacles that stand in your way.