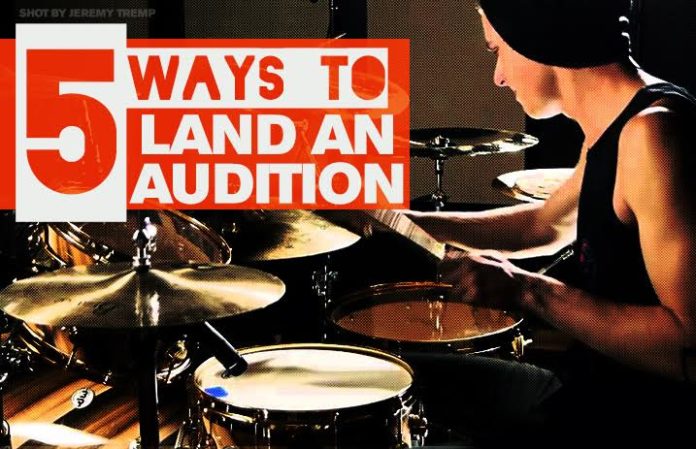 Everyone dreams of playing with their favorite band when they are younger, but having the chance to join your favorite band is more than just a pipe dream. This year alone I’ve already auditioned for a legendary band I wasn’t even expecting to meet in my lifetime. If you’re good enough, word will spread and you’ll have the ability to play the field—just like any job. Follow these steps and you can turn your hobby into a career.

Embrace Your History / Put Yourself Out There

Were you in a relatively known band? Don’t be ashamed to use this as a tool to get another job. You’re not betraying your legacy, you’re just exploring the next chapter of your life. Use your social media networks (including your previous band’s) to post that you’re interested in finding a position in a new band and include your contact information. I always think of it like a newspaper ad–I would keep scanning through pages and the more I see the same posting, the more it gets stuck in the back of my brain. The same goes for band members and industry folks. When the time is right and someone hears of an opportunity, they’ll give you a call. It may take a while, but if you’re good enough I guarantee it’ll happen.

Use YouTube / Be The Star Of Your Own Channel

YouTube is one of the best tools for self-promotion when it comes to music. I have plenty of musician buds freshly out of their respective bands looking for new gigs who know that it’s crucial to harness the internet. Regardless of what instrument they play, they’ll post videos covering popular songs or something else impressive and captivating enough to get attention. The already popular songs will attract people searching the depths of YouTube while the memorable videos will hopefully get new fans to appreciate their talent. If one of your videos goes viral, you already have the advantage over your competition. Try to diversify the genres you cover to show that you have range as a musician and are willing to adapt to any environment.

Making A Resume / Fake It ‘Til You Make It

No history playing with a bigger band? No problem. Just be good at what you do, confident in yourself and have a badass website. Sounds weird, but it works. You can even use a service online to cheaply build your own website and turn it into your new resume. How many years have you been playing your instrument? Did you take lessons? Did you ever work at a music store? You can include anything music related to pad your resume and show that you know what you’re doing. Most importantly, make sure you include the songs and videos you’ve played on for potential interest. If you’re really perfect for the job, they want to see you in action before they read how many years you’ve worked at Guitar Center.

Practice doesn’t make perfect. Perfect practice makes perfect! Study your craft and aim to be the very best. If you’re already great, set time aside everyday to make sure you don’t get rusty. Keep those chops in primo condition because at any moment you could get a last minute call for an audition or tour. I’ve been in positions where I’ve had about two weeks to learn a band’s set before auditioning in LA or flying to Japan for a tour while barely knowing the band (and their repertoire). This includes staying in shape enough to play longer sets. Opening bands play between 20 to 30 minutes, but headliners play for at least an hour. Without stamina, you’ll slow the band down and compromise their live show, so it’s important to work on bettering yourself and your hard work will be recognized and rewarded.

Go out and meet people, schmooze and naturally get your name around the music world. This is possible to do without seeming like a dishonest weasel. I know too many people who will text me out of the blue after years of ignoring me and pretend like they’re just trying to catch up. “Hey man! It’s been a while! How have you been?” They immediately follow by asking for a favor or something even more annoying like the dreaded kiss face emoji. Bring things up casually in conversation, but never demand them. (Did I mention I’m a hired gun drummer and also sing/play bass in a band called Baggage?)

Anyway, don’t be jealous or publicly trash your peers doing well because you never know when it will bite you in the ass. People in this business have excellent memories—and won’t easily forget if you crossed them in the past. Be at every event you can, promote yourself when the opportunity arises and be remembered for the right reasons. 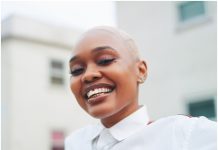