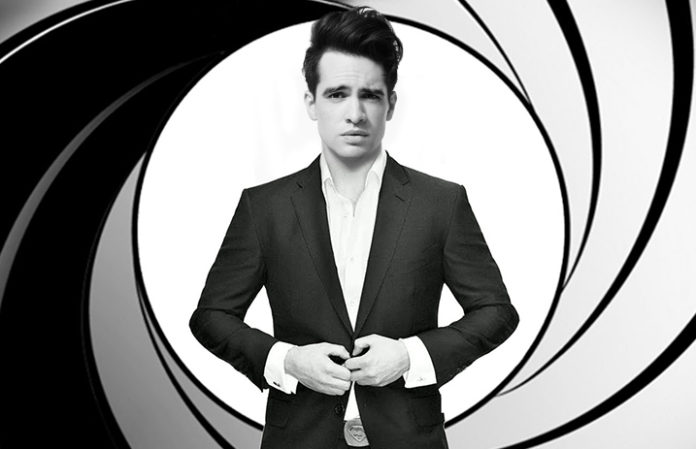 After four films as the legendary spy, Daniel Craig recently revealed that he’d rather “slash his wrists” than play James Bond in a movie again, so we’re guessing he won’t be signing up for the next installment in the franchise. British actors Idris Elba, Tom Hiddleston and Damian Lewis are all rumored to be in the running for the part, but we reckon some of our favorite musicians could also make a damn fine spy. Here’s who we think could swap music for MI6.

Brendon Urie – Panic! At The Disco

James Bond is almost always seen in a sharply cut suit, and you know who else loves dapper tailoring? Panic! At The Disco’s frontman. Bond’s also got a knack for attracting the ladies, and we don’t think Brendon would struggle with that, either.

He might be a relative newcomer on the scene, but Twenty One Pilots’ Josh Dun is a sporty guy. All those on-stage backflips and gymnastics mean he could probably do his own stunts if he signed up to play the legendary spy.

Bond and Bruce are both British national treasures in their own right, and in a lucky coincidence, they both know how to fly a plane. If a quick escape-by-air was ever needed, Bruce would take it all in his stride—after all, he’s currently flying Iron Maiden around the world in his jet, Ed Force One.

Now, here’s someone you wouldn’t mess with. Running away from baddies and generally being tough are both requirements of being Bond, and we’re pretty sure Henry could handle both, seeing as he likes keeping fit. He told an athletics website that training had a “monumental” effect on his life, and said he “can trace all my achievements back to lifting and distance running.”

Given that Jared’s already an Academy Award winning actor, being Bond shouldn’t be too much of a challenge. Having said that, he’s in full villain mode as The Joker for the upcoming Suicide Squad movie, so maybe he’d be better off putting in a turn as one of Bond’s many nemeses.

It’s about time we had a Jane Bond, right? As well as being equal parts tough and beautiful, Gwen’s also got something pretty important in common with Bond—she doesn’t age. Bond’s been in his mid-thirties for pretty much the entire 63 years since he was created by Ian Fleming, and Gwen looks just as youthful as she did in her No Doubt days. Plus, based on both song lyrics and her personality, we trust she’s never been afraid to kick some ass.

If the music thing ever dries up for the letlive. frontman, he could always go after a career in sports. As a teen, his parents encouraged him to take as many classes as possible, including tennis and basketball. Keeping fit is pretty important if you’re going to be a super-important spy, so we reckon Jason would be up to the job.

Bond would never let a little thing like a broken leg stop him, and neither did Grohl when he famously continued playing a show last year despite seriously injuring himself. That’s the kind of resilience a world class spy needs—and the Foo Fighters dude has an existing link to the Bond world (sort of). In 1999, Garbage performed the theme song for The World Is Not Enough, and in 2005, Grohl played drums on the track Bad Boyfriend, from Garbage’s album Bleed Like Me.

Oh yeah, and we can't forget the time Motionless In White frontman Chris Motionless taught us how to be a goth James Bond.