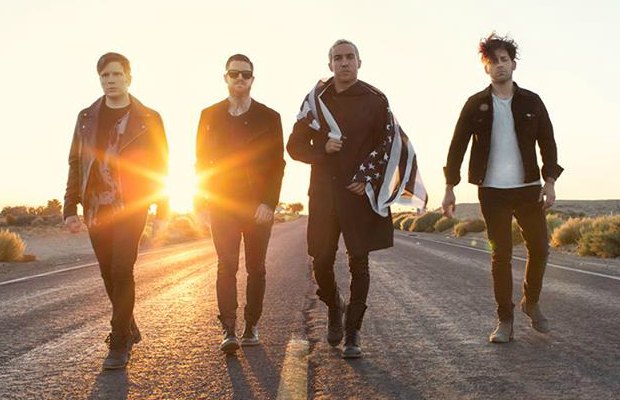 Fans rejoice! We have survived the hiatus, and now it’s time for us to thrive during the takeover. One year ago today, Fall Out Boy released American Beauty/American Psycho and to honor the album’s anniversary, we are revisiting some of their most notable and completely awesome highlights of 2015.

Fall Out Boy hit the ground running when they released American Beauty/American Psycho on Jan. 20.  This album became the boys’ third to hit No. 1, climbing to the top spot of the U.S. Billboard Top 200 with 218,000 units sold in just the first week. Epic.

Fall Out Boy had the honor of inducting pop-punk legends Green Day into the Rock Hall on April 18, 2015.  Will they be following in Green Day’s footsteps into the Hall Of Fame? Hopefully one day.

The Boys of Zummer Tour took over the U.S.

Fall Out Boy and Wiz Khalifa hit the road during the summer, co-headlining the Boys of Zummer Tour with supporting artist Hoodie Allen, rocking over 40 amphitheaters across North America. During the tour, they even dropped a sick Boys of Zummer remix of “Stayin’ Out All Night” from the Khalifa’s album, Blacc Hollywood.

Fall Out Boy’s “Immortals” (originally written for Disney’s Big Hero 6) is currently being used as a recurring theme song in the 2015-16 NFL Thursday Night Games on CBS and NFL Network. Fall Out Boy, Fall Out Boy everywhere…

They sold out venues internationally

Fall Out Boy announced a U.K./European tour for the month of October, where they rocked the house in Ireland, Belgium, Germany, France, the Netherlands and Russia. They sold out several dates in the U.K. as well as in Germany and France. They’re literally taking over the world, and we are completely okay with that.

The We Love Disney compilation LP was a thing, and they had to get in on it

Fall Out Boy did the most adorable cover of The Jungle Book’s “I Wanna Be Like You” for the We Love Disney LP. This magical album released was Oct. 30 and features Gwen Stefani, Kacey Musgraves, Jason Derulo and more.  Oh, the feels!

They “Made America Psycho Again”

Fall Out Boy left us wanting more and promised to deliver.  In October, they announced a headlining tour joined by Awolnation and PVRIS in the U.S. and Puerto Rico.  If this doesn’t cure your winter blues, I don’t know what will. Tickets are on sale now. Find your date below!