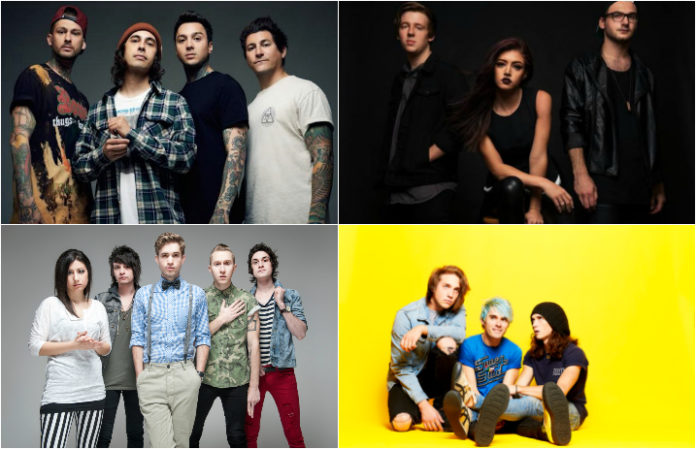 From athletic ability to secret nerd-ism, we got some great answers when we asked musicians to tell us something no one would ever guess about them. Read the best responses below:

[Photo by Ashley Osborn]
I'm gonna come out right now with an addiction confession…I think I have a problem with Lush cosmetics. When the time comes for me to settle down and live somewhere, the bathroom is gonna be so overflowing with Lush stuff that I might get evicted.

I do a pretty mean Elmo impression.

Keaton Pierce, Too Close To Touch

I'm a huge nerd. I grew up playing sports religiously, but I always played video games competitively on the side. I've been to events and tournaments for it. Growing up, I just played Halo. Right before I left for [Warped Tour], I got into Overwatch.

Some people might already know, but people are still pretty surprised to find out I can solve a Rubik’s Cube in a couple minutes. It took a little bit [of practice], but that’s one of the perks of having a lot of downtime on the road when we’re driving around.

I've never eaten ketchup. Or: My parents almost named me Thor. Thor Constantine Knight. It's the most viking name.

I’m pretty open, so let me think about that. I want to think of a good one. Oh, I’m terrified of roller coasters. I’m very terrified of heights. If I’m on a high building, I’ll get super dizzy and sweaty and feel like I’m going to pass out. I get on [roller coasters], but I’m usually super nervous in line. I’m like, “Oh, maybe I’ll just wait,” and everyone’s like, “No, you gotta come on with us.” I’m like “Fine!” [Laughs.] After I do it, I’m okay. It’s usually the first one I have to get out of the way, and after that, I’m like, “I can do it.”

Probably that I was actually athletic at one point, because I am very clumsy now. I figure-skated, played soccer and did horseback riding competitively.