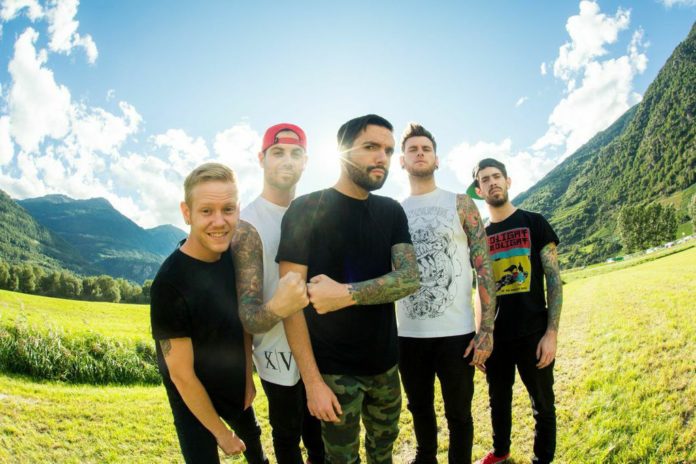 A Day To Remember’s Self Help Fest is March 19, and it’s expected to be the biggest one yet. Festival founders ADTR will headline the festival along with newly reunited Underoath.

Frontman Jeremy McKinnon told ABC New Radio that the idea for Self Help fest came from a conversation with his girlfriend. “She told me that the most people who come [to our shows] respond like it’s more than just a concert to them,” he said in a statement. “It’s like the music is genuinely helping them. Thus, we titled our festival Self Help, because at the end of the day that’s what music’s all about.”

The bands are just as stoked as you are to rock the house in San Bernardino, CA. Here’s what they had to say on the matter.

Jeremy McKinnon, A Day To Remember

I’m most excited to play. It’s been awhile since we’ve been active, and this fest is gonna be an awesome way to get back into the swing of things.

What’s your favorite thing about the fest?
The reaction from fans and bands alike. The crowd has been over the top into all the bands every year so far. Really pushing the performances to another level. Then on the bands’ side, it’s awesome just to see people having a good time and feeling like they’re being taken care of. That doesn’t happen in our genre at the moment.

What band’s set are you pumped to see?

I’m excited about Further Seems Forever and Underoath. Those are both bands we all grew up listening to that inspired who we are today. It’s gonna be a great time.

I am most excited to see Further Seems Forever and Underoath battle over who is the better reuniting Tooth & Nail band.

What’s your favorite thing about the fest?

I’m not quite sure what my favorite thing about the fest is. It hasn’t happened yet, and although I wish I had the superpower to see into the future, I currently do not.

What band’s set are you pumped to see?

I’m really excited to see the Wonder Years. I highly enjoy their new record, so I hope to see some jams off of that one!

We've never played an American festival outside of Warped, so I'm pumped to experience a new culture in that way.

What's your favorite thing about the fest?

I love that ADTR have built the festival from the ground up. With their knowledge and experience, it probably runs really well and with the bands’ and fans’ best interests at heart. I also love that its foundation is a positive message.

What band's set are you pumped to see?

We can't wait to see Underoath. Letlive. And One OK Rock also put on a great show every time.