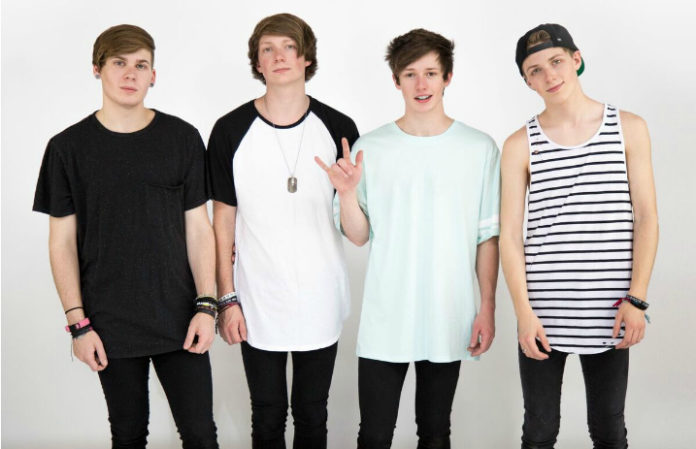 “Pretty Little Liar was written to be a fun, upbeat song that all of us relate to,” the band says. “We all know that 'popular' person who lives a lie and makes everyone else's life miserable. Writing the song and making the video was a blast. Kyle Hines, our director, captured the exact feel we wanted for the music video, and having the opportunity for Colleen to play the female role in the video was incredible. Even though she is so genuine and sweet, she nailed her part and brought our vision of a 'Pretty Little Liar' to life. It was an amazing project to work on, and pays good light to what the rest of the EP has in store.”

Kelly credits the director and the guys of A Summer High for making it “look easy” to shoot the video.

“Working on set with A Summer High for the 'Pretty Little Liar' music video was insanely impressive,” she says. “As a YouTuber I can understand the struggles of organizing a plot and conveying a story through video, but these boys made it look easy. I was given clear constant instruction for my scenes and felt comfortable with the corrections that were needed. Not only was I impressed with the boys ability to build a vision together, but the overall chemistry between them was a dream to spend the day with.”

The band’s humble beginnings started in the parking lots of 5 Seconds of Summer shows, playing a mix of original music and covers to concert-goers every night.

Many took notice, and they eventually signed with indie label Four Chord Music, which landed them the opportunity to work with producer Chris Badami (who has also worked with the likes of the Early November, the Starting Line and Hidden in Plain View).

The band says this EP was all about striking the balance between finding their own sound, while also staying true to the bands they grew up listening to.

“This EP was about truly finding ourselves and straying from the path that so many other bands are pursuing,” the band says. “Staying true to the pop-rock, guitar-driven sound that we all grew up on and still love was extremely important to us. The band has always been about having fun and connecting with like-minded people. At the end of the day, if we are having fun making music and making people happy, we couldn't ask for anything more.”

A Summer High is also going on tour this summer. Check out the dates below: