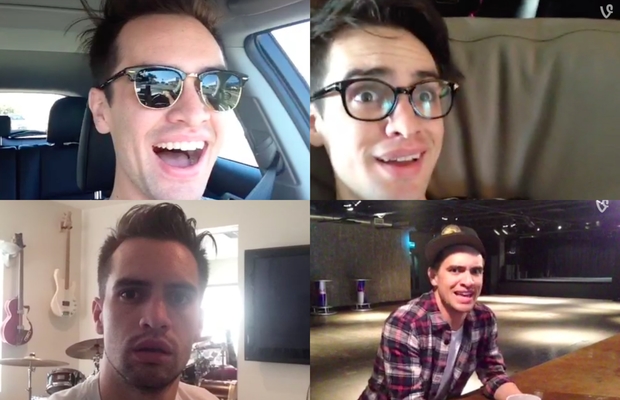 If you haven’t heard the news, Twitter’s short video-looping social network Vine is shutting down. To mourn the loss of this Internet gold mine, we took a tour through scene celebrity and Panic! At The Disco frontman Brendon Urie‘s soon to be extinct famous profile.

Check out the result of our tour below.

When he can’t choose just one way to groom his beard, so he (somehow) wears it two ways:

When annoying his pets is the best thing to do when he’s bored (of course):

When he’s stoked it’s the weekend like we all are:

But then it’s back to work on Monday:

When Dallon hides from his responsibilities (tbh we all do it):

When he traumatizes his friends:

When he doesn’t care what you think:

When his band steals his look… right off his back:

When he sets aside some bro time:

When he starts a fight with his band:

When he gets clever out of boredom (because same):

When he fangirls after hearing his song on the radio (!!!):

When he matches with his band and someone has to change:

When he makes friends anywhere he goes because he’s literally a ray of sunshine:

When he thinks he’s ready to break the rules, but nah:

When he blesses us with his high notes:

When he wakes up as bright and cheery as the sun itself:

When Brendon is everything and we love it:

Though this technically isn’t a Vine, we couldn’t not include this Periscope of Brendon singing Disney songs. Please enjoy.

Which one do you think is the funniest? Tell us in the comments!