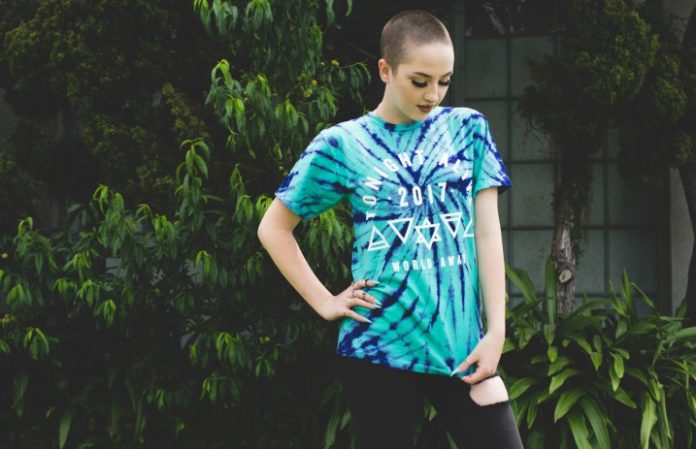 Sporting band merch is how we rep and support our favorite bands. It’s how we find friends and how we express our interests. But what if someone came along who wanted to completely get rid of band merch as we know it? Well, Billy Candler, co-founder of Absolute Merch, wants to be that someone.

Before you panic, no one is going to stop producing Pierce The Veil or Beartooth tees. However, Absolute Merch’s goal is to kick your average merch up a notch. As one-time band managers for their company Sight in Sound Management, Billy Candler and business partner Noah Russell took it upon themselves to fulfill the creative needs of bands that other merch companies just weren’t meeting. Tired of hearing “no” when the two approached merch companies with more complex ideas, they decided to figure out a way to do it on their own.

“We started sourcing it all ourselves and figuring out how to do it,” Candler recounts, “and our bands were going out with really cool custom merch. [Other] bands were asking, ‘How can we get that?’ Eventually, we started doing it for other bands and we were, like, ‘Let’s do this as an actual company.’”

What makes Absolute Merch stand out amongst other merch companies is their mission statement. They’re not just looking to suit fans up with standard logo prints; they want to be the apex where music and fashion collide.

Frustrated by what he sees as the unimaginative state of the merchandising aspect of the scene (“How many times can you put “fuck” on a T-shirt?”), Candler, along with his co-founder Russell, are bringing specially customized lines to their bands. “I think we’re really the only merch company that’s really treating all of our bands more like brands than anything else,” Candler continues. “We’re super, super-hands-on.”

The bands that Absolute Merch has worked with can testify to that statement. Ice Nine Kills vocalist Spencer Charnas lends much praise to the company for the way they handled his band’s products. “I've worked with many merchandise production companies over the years,” Charnas previously stated on record, “and I can undoubtedly say that Absolute Merch is far and away the best experience I've had. Everything from their fashion-forward design department to their creative marketing campaigns has helped my band stand out in a sea of artists that are satisfied with the status quo when it comes to merch.”

Cody Carson of Set It Off has also said that after teaming up with Absolute Merch, his band has reached a higher level of success: “We move more product, our efforts are more collaborative and creative, and we have established a clothing brand that matches our music.”

What also makes Absolute Merch different from other merch companies is that they make a point of tuning in to their customers’ lives and what they want in their wardrobe. “We’ll do little surveys and ask kids at Warped Tour what they’re looking for,” Candler says. “Warped Tour is a great example where bands don’t want to take a hoodie because it’s the middle of summer. You talk to these kids who are actually at the shows, like, ‘Hey, what do you want at Warped Tour? What’s your goal here?’ The number one reason we found that people are at Warped Tour is they want to go back-to-school shopping. I know it’s gonna be 90 degrees at the show, but take a hoodie out on Warped Tour because kids are looking for stuff that they want in the fall. Just being able to be a little more in touch with what’s going on with the actual kids helps a lot.”

It is this kind of extra effort and creativity that makes Candler proud to declare that he wants to get rid of the term “band merch” altogether. Just by taking a look at the company’s previous lines and current lookbooks, it is clear that they have a vision of how this scene’s fashion should evolve. As for the future, they want to venture even further outside the box.

“Anyone that’s just down to really push the boundaries of what their merch actually can be is really who we’re looking forward to working with the most,” Candler concludes. For him, that dream has already started to come true, as the company is now working with the pop-punk giants Good Charlotte. For Russell, he can’t wait for the day he would get to work with the very unique character of Melanie Martinez. “She’s so out there,” he says. “You could make creepy dolls and tons of weird, out there stuff that’s just outside of the normal merch spectrum.”

So as Absolute Merch continues marching forward, the only question seems to be: What would you, the fan, want to wear? No matter how tall the order, these guys will figure out a way to make it happen.

“Anyone can print a t-shirt,” Candler says. “We want to be the company that’s really, really pushing the boundaries.”

You can check out Absolute Merch's collection online.