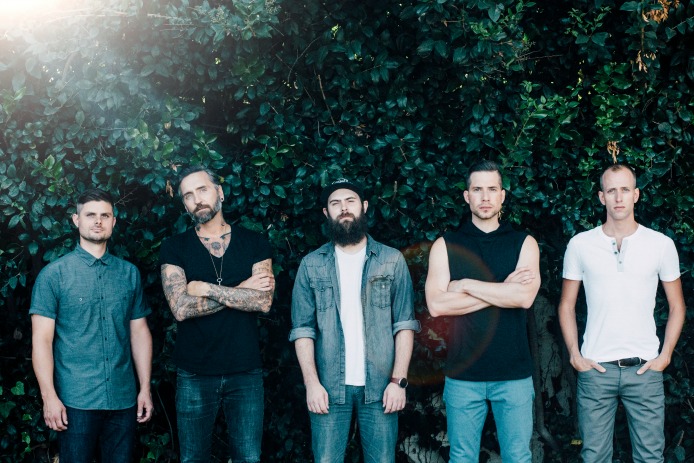 Acceptance has come together to redefine what exactly makes a lyric music video, spotlighted in the release of the second track, “Haunted,” from their upcoming album, Colliding By Design.

In the new video, Acceptance follows a similar idea from their first debuted track, “Diagram Of A Simple Man,” which met the approval of many, including Joe Jonas. While the first track of the upcoming album features lyrics from the song, the video itself was a geometrical art piece of shifting colors, cityscapes and architecture. When it came time to think about the video for “Haunted,” the band decided to approach the lyrics more naturally.

“We ultimately wanted to approach the idea of a lyric video in a different way. We absolutely loved the way that 'Diagram' turned out, but wanted to try something a little more organic feeling since Diagram was entirely digital,” says guitarist Christian McAlhaney. “We thought that you could create an actual story line while presenting the lyrics in creative and unique ways. We'd actually never seen anything like what we were trying to accomplish, a sort of video/lyric video hybrid, so we thought it could be something pretty unique.”

The lyrical video delivered, as the song told a story of heartbreak and moving past in their familiar, upbeat punk tune and clear vocals. The video starts with the first lyrics “We are haunted… I seem to have forgotten” displayed on an iPhone screen, then goes into the rest with natural occurrences throughout the house: in an email, on abandoned notes and more. “There’s nothing I should fear in loving you,” burns in the outside fire along with discarded roses and memorabilia of a lost love, as a steady drum beats to the song.

Coming Feb. 24 with Rise Records, this will be their first full album release since their breakup in 2006. The album can be pre-ordered on iTunes here and physically here. Plus, Acceptance already have some release shows planned for the album. Check them out below the video.