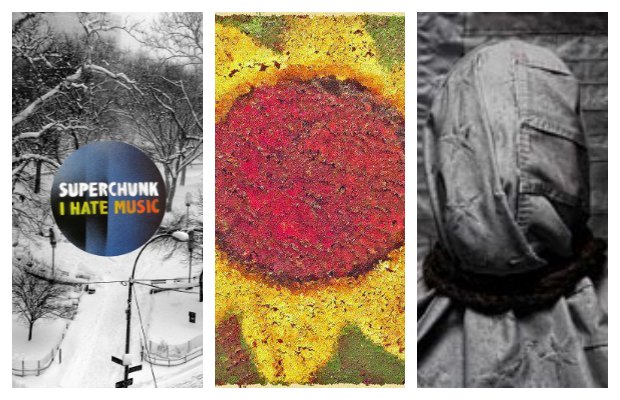 Every week, AP receives mountains of new releases to review. In this new recurring list, we will count down a few of the most anticipated albums we received (that have been announced and are cleared to talk about) and give you a quick fun fact about each. You heard it here first!

letlive.
TITLE: The Blackest Beautiful
LABEL: Epitaph
RELEASE DATE: July 9
Many fans who saw these SoCal post-hardcore maniacs in the last two years narrowly avoided breaking their ankles from tripping on their lower jaws.  What's even more perverse is that the album was mixed by Steve George, an in-demand engineer who has done everything from playing drums for Iggy Pop to producing tracks for Michael Jackson and Britney Spears. Keep your snark to yourself, because your arms are too short to take a swing at letlive. [JP]
STREAM: “Banshee (Ghost Fame)”

Superchunk
TITLE: I Hate Music
LABEL: Merge
RELEASE DATE: August 20
This is the long-running indie-punk band's 10th full-length, and at 11 songs and 37:24, their quickest album since their classic 1991 release No Pocky For Kitty. [SH]
STREAM: “FOH”

Never Shout Never
TITLE: Sunflower
LABEL: Loveway
RELEASE DATE: July 2
Its follow-up certainly beats out NSN’s Indigo in the cover art department. Christofer Drew himself painted the title’s namesake for the cover of the trio's upcoming release, which isn't nearly as drugged-out as Indigo. (Though you won't find any ukelele pop here, either.) [BM]
STREAM: “Malibu”