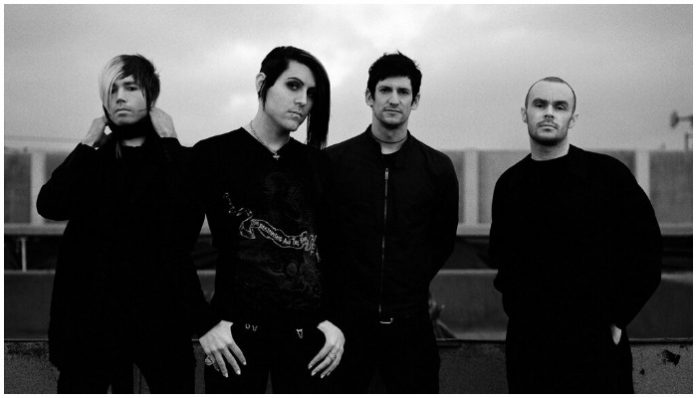 In case you don’t have a reminder programmed, last week marked a significant, albeit painful, emo milestone. That is, we’re now 15 years out from the June 6, 2006 release of AFI’s DECEMBERUNDERGROUND. That’s a decade-and-a-half of practicing the “Miss Murder” scream as we flat iron our hair and permanently adorning overpriced shoes in haphazardly scrawled “Love Like Winter” song lyrics. Because we all continued doing that into the 2020s… Right?

Regretfully, we’re still waiting for the full portal to DECEMBERUNDERGROUND that reportedly exists within Jade Puget’s iPod. Even so, we can’t help but look back fondly at the glimpse we were allowed. After all, how many albums so masterfully capture the essence of our 2000s emo lives?

In celebration of the anniversary, here are 11 lyrics from AFI’s DECEMBERUNDERGROUND that are thoroughly emblematic of the emo era.

Lyrics be damned, really. The first five seconds of twinkling melody in “Prelude 12/21” should already have you piling on that eyeliner. Still, those two edgy-as-hell verses are well worth calling back to. We’re particularly taken by the top of the second, which breaks the vague mold for a slightly more direct message. After all, what’s a 2000s emo song without a seemingly targeted bite?

Admittedly, it took a tremendous effort of self-restraint not to comprise this piece entirely of “Kill Caustic” lines. Would we be wrong for it? Not likely, but the other tracks certainly deserve a moment as well… So, we’ll look to the chorus, which perfectly captures the essence of the overall track. And really, what’s more emo than mentions of screams with screamed lines and gang vocals injected in between?

Lyric: “What’s the hook, the twist within this verbose mystery?/I would gladly bet my life upon it/That the ghost you love, your ray of light will fizzle out/Without hope”

That’s right: We looked at one of the best-known emo hits of the 2000s and targeted the breathy bridge. Cliche or just accurate? It’s not only the impeccable delivery of these lines that sells us on their representativeness, though. There’s something to be said for this divergence into evocative poeticness in the middle of a repetitive radio anthem.

Lyric: “Gorgeous eyes shine suicide/When will we be invisible?”

If the metric for a lyric’s emo-ness is its potential as a 2006 photo caption, then consider this a paragon. Granted, the remaining verse parts in “Summer Shudder” would certainly rank as well, serving as rallying cries for angsty teens the world over. There’s a certain trichotomy that exists within these two lines, though—beauty, misery unto invisibility—that’s just wonderfully moody.

Lyric: “I crawl across this cracked expansion/I’ll be buried soon/Beneath the sand with pure intentions/Wanting something, someone to follow”

These particular lyrics from “The Interview” are only made better by the fact that AFI later dropped an album called Burials. In terms of emblematizing 2000s emo style, though, it’s the vivid and desperate imagery that makes them pop. While none of us (presumably) have ever found ourselves crawling across a cracked expansion, the feeling is immediately relatable… And damn does it hurt.

Lyric: “Oh, I will be all right, just use me/Just use me/The future’s bright without me”

“Affliction” is one of those songs that gives a morbid first impression and then descends even further with each listen. It doesn’t take a deep dive to feel the weight of the chorus, though. The idea of finding better days in one’s own absence… Ouch. What a paradigm of the self-loathing 2000s emo culture.

Read more: 23 post-hardcore tracks that definitely ruled your iPods in the 2000s

Lyric: “Will the flood behind me put out the fire inside me?”

A band name reference gripped in the throes of painfully relatable poignance? Our 2006 (and 2021) selves are swooning. It could be for this line alone that “The Missing Frame” is among our list of vastly underrated AFI songs. Of course, the track’s punchy edge certainly helps as well… Nevertheless, this is a “kick you in the stomach” type of lyric worth tattooing—aka a beacon of emo sentimentalism.

Lyric: “‘We all want to die like movie stars,’ you said/As you jumped from the height of our cutting room floor/While above us, glowing, exploding/Our dreams burst forth in light and death”

It’s honestly no surprise that AFI vocalist Davey Havok has gone on to become a published author. After all, he’s been painting vivid narratives like these even prior to DECEMBERUNDERGROUND. The dark elegance is enough to land these “Kiss And Control” lines in the metaphorical Emo Hall of Fame. But add to that the spoken-word delivery in the second half of a theatrical, largely scream-driven song… It’s sheer melancholic perfection.

Lyric: “5 a.m. on the bathroom floor, from the night before/Do you find me dreadful?/What a shame, such a sad disgrace/Such a pretty face, but she’s not regretful”

Continuing on the topic of gut-punching narratives, “The Killing Lights” kicks off with an account that feels remarkably grounded. It’s a bit of a divergence from the broader otherworldliness of DECEMBERUNDERGROUND, but not one that should go unappreciated. The (presumed) picture of a hangover isn’t an uncommon trope in emo music, but it’s the distressed detail that really makes this one stand out.

Lyric: “Press me to your lips and I’ll suck the poison out/Who will heal me, me?/If you keep killing me, how can I keep absolving?/Your sins into me, begin the poisoning”

Poison and killing and sins, oh my! Now if that isn’t just the trifecta of melancholic imagery. There’s good reason that “37mm” is a popular emo-era favorite of die-hard AFI fans. It blends Sing The Sorrow-esque moodiness right into a lighter, alternative-rock atmosphere. This lyric in particular demonstrates the intersection—and sinks our little black hearts in the process.

If somehow you made it through the entirety of DECEMBERUNDERGROUND without accepting its inherent emo-ness, consider the final hook of “Endlessly, She Said.” If you’re still not convinced, well, maybe it’s time to brush up on the mainstream era. The song is an overall powerhouse in heart-wrenching sentimentality, but this lead-up to the chorus hurts. In the best way, of course.

What are your favorite emo-as-hell lines from AFI’s DECEMBERUNDERGROUND? Tell us in the comments! 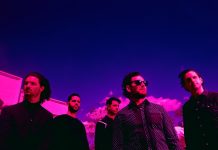