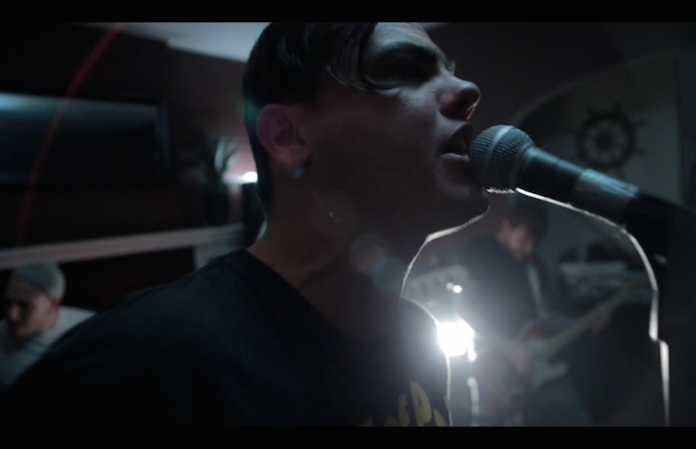 Long Island, New York's Afterparty are ready to share their debut music video and release with the world. Their lineup has the familiar faces of Stray From The Path vocalist Andrew Di Jorio and former Stray drummer Dan Bourke, joined by bandmates Joe Reischel, Joe Mattia and Frank Laudicina. A year in the making, the band have a distinctly LI-bred, emo-punk way about them. It's a 180 from what many would expect, with Di Jorio singing in a whole new way (in other words, it's more Drive-Thru than Sumerian).

AltPress are premiering their new video for “Leave,” culled from the band's seven-song EP, I Hope You Don't Make It Home, available now for streaming/purchase on Bandcamp. Will Putney produced, mixed and mastered IHYDMIH with engineers Tom Smith and Steve Seid at Graphic Nature Audio.

MORE: Stray From The Path release new song dedicated to the Ghost Inside