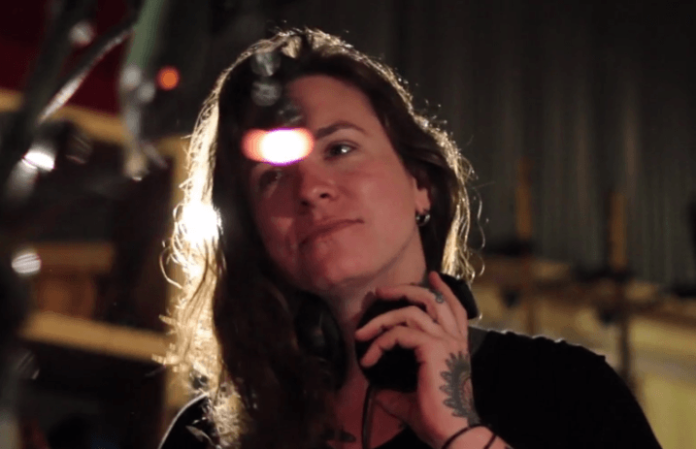 Against Me! is the latest band to cover animated comedy Squidbillies' theme tune on Adult Swim. The song will feature in a new episode coming this Sunday, Oct. 29 at midnight.

Listen to the cover here:

“What a super fun recording opportunity and a definite first for me!” says Against Me! vocalist Laura Jane Grace.

Read more: Laura Jane Grace on the responsibility of educating others on gender identity

“The show, which began in 2005, is about a family of anthropomorphic squid who live in the mountains of Georgia, interacting with the human and other populations there, and embodying every backwoods stereotype there is, including lack of education, fondness for motor sports,” says the NY Times. “It’s sick, it’s scalding, and it makes you uncomfortable about some aspects of modern life… These days, caricatures, at least for an audience with a certain twisted sense of humor, are the means to an end.”

A new cover of the Squidbillies theme will be revealed every week on the show by a different musician. Still to come on this season are renditions from Ty Segall, Weird Al, John Prine and more. In the past, the show has featured artists such as Band Of Horses, Alabama Shakes and Lynyrd Skynyrd.

Watch a behind the scenes video of the recording process below: