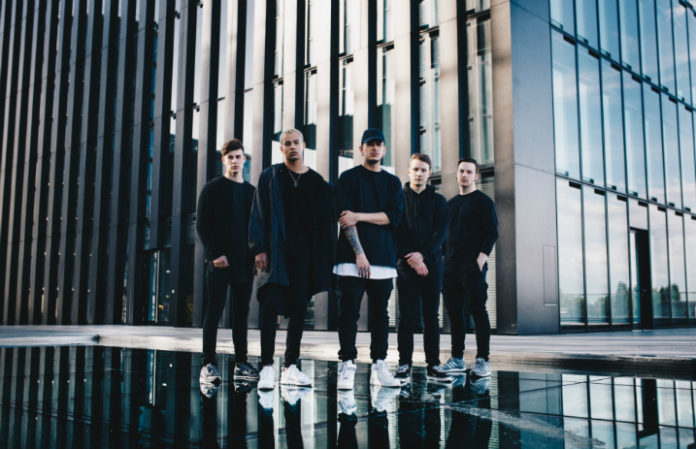 The unclean vocals and heavy riffs during the verses of “Ghost” are beautifully broken up with a softer, cleaner but still large-sounding chorus.

“Ghost is one of our more straight-forward songs,” the bandmembers admit. “Its message is quite simple: If your past haunts you like a ghost, it's most likely because you can't let go of it yourself. We have to take a second glance and try to embrace it to set ourselves free and move forward.”

Alazka started their journey in 2012 and have since then released one EP— Values & Virtues. They've supported band such as Northlane, the Ghost Inside and Parkway Drive on tour. They're headlining a tour throughout Europe this fall as their fanbase continues to expand far beyond their hometown of Recklinghausen. Check out the tour dates below, and check out the band's website for updates.

What do you think of Alazka's new song “Ghost”?