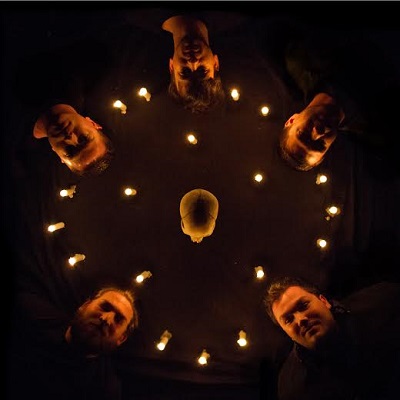 Wilkes-Barre, PA's Dead End Path have teamed up with AP to bring you a very early full stream of their new studio album, Seance & Other Songs. The follow up to 2011's Blind Faith, Seance was recorded with local favorite Will Yip at Studio 4 in Conshohocken, PA.

“Will is incredibly talented and really helped us realize all the ideas we had and just fine tuned them and made them 100% better,” frontman Uriah Thomas tells us. “Matt Hoodrack of War Hungry and Marissa Rossi of Haze sing on “Loss.” Lyrically, I was influenced by the black magic I did as a kid, the haunted house my mother grew up in and playing hide and seek in an old abandon church. I did all the artwork and layout for the record,” he adds.

Pre-orders have launched on Triple B Records, where its official street date is June 10, 2014.