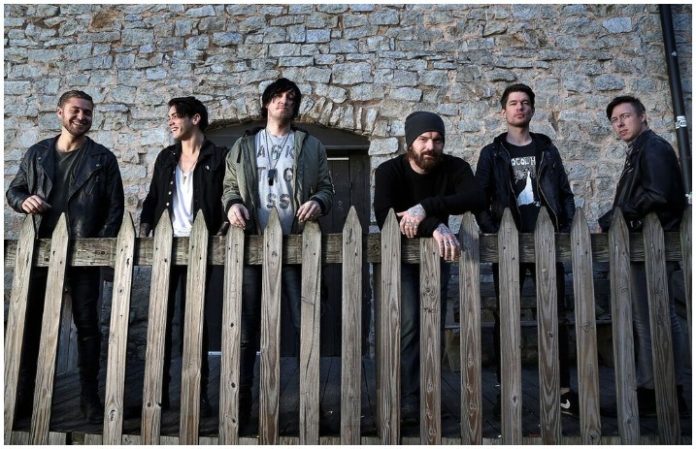 Longtime fans of Alesana, one of our scene's favorite heavy music icons, will be excited to hear the release of their newest song “Madeline,” which is taken from the band's The Lost Chapters EP (out March 30 via Revival Recordings).

The story of Annabel started when bandmates Dennis Lee and Shawn Milke decided to tell their own story through the albums. According to Milke, “It eventually grew into an album trilogy and now, finally, a short novel. Creating this abstract universe and telling the story of Annabel has been, in every way possible, both challenging and rewarding.”

This project has been a work in progress for the band, and the story that's being told is one that continues to get more complex with every new release. So far, the band has written a short novel and three records; The Emptiness, A Place Where the Sun Is Silent and Confessions—all of which add another layer to the multifaceted project.

The latest project to add to the already impressive story is called The Lost Chapters EP, which will be an extension of the previous albums that the band has put out.

Shawn Milke, the band's vocalist and guitarist, recently spoke about the newest track, saying, “Madeline is a lost chapter from Confessions, the third and final installment to the Annabel Trilogy. The song focuses on the titular character as she finds herself barely escaping the clutches of The Puppeteer while searching for her parents in the confusing and surreal world of the tesseract. For any fan of Annabel and her story, this song fills in a really cool gap. Musically, it has the same abstract and high energy vibe as the rest of Confessions.”

You can purchase yours here, with an instant download of “Madeline” and “Fits & Starts.”

Listen to the new song below!