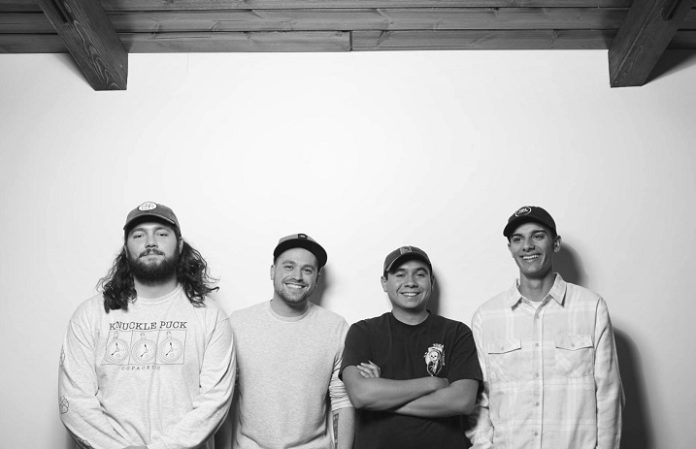 Los Angeles, California's Alta View are making their AltPress debut today with “Pressure,” a pop-punk standout featuring none other than Hit The Lights' Nick Thompson.

Thompson, along with Rick King at King Sound Studios, produced the band's Out Of Place EP, which will be released digitally on June 9, 2017. If you're feeling this track, we guarantee the other two will be in heavy rotation this summer.

HTL have a new single of their own, “Anthem,” dropping this Monday. The studio duo of Thompson and King will also be working with Forever Came Calling next month on a new release.

“This was an awesome experience for me, as I'd never approached songwriting and production with anyone other than Hit The Lights and myself (Thief Club). I've always had complete faith in Rick (owner, engineer, producer at King Sound), as he's produced a lot for me in the past, the Alta View guys were ready to work and had rad ideas, so we had a good foundation to hold us all up. We were all learning and gaining these new perspectives as we were working these songs out, we grew as people, and the hard work paid off! I couldn't' be more proud of what we accomplished with these songs, and we're excited to get it out there and into people's heads.”