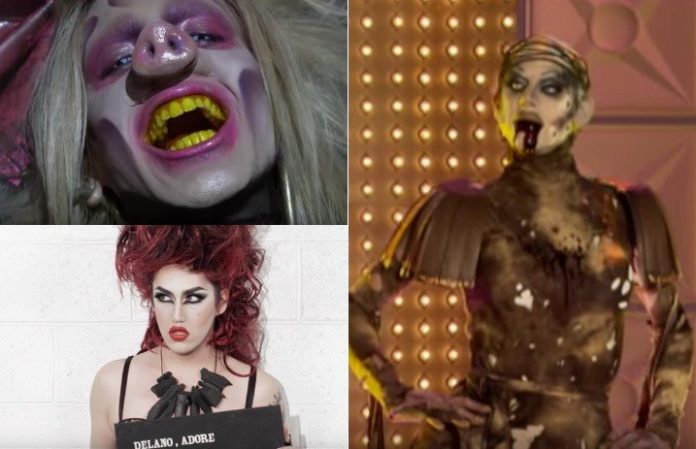 Drag queens can basically do it all—hair, makeup, outfits, sing, dance, act, you name it. Shows like RuPaul’s Drag Race put this amazing talent into the mainstream, but there are tons of alternative queens who take gothic glam and spin it on its head. Here are 10 alternative drag queens we can’t get enough of.

This iconic duo is known for their sinister makeup and alternative looks that are a force to be reckoned with. They are the creators and judges of The Boulet Brothers’ Dragula: Search For The World’s First Drag Supermonster, which initially aired on YouTube and now is available on Amazon Prime. The show features contestants and challenges that push the envelope—much like the brothers themselves.

Delano is nothing short of a star—from appearing on Season 7 of American Idol to making it to the final three in Season 6 of RuPaul’s Drag Race. Delano is a singer-songwriter and has released three studio albums. This cutting-edge queen is also AP’s cover star for our first-ever Pride Issue (Get your copy here!), so needless to say, she has everyone shook.

Speaking of Dragula, meet the first-ever winner of the coveted Supermonster title. Vander is known for being a bit of a unicorn, and is able to go from a super femme look to a spine-chilling creature in a blink of an eye.

This legend is known for being the spooky winner of RuPaul’s Drag Race Season 4. She also has released three full-length albums and is known as a bit of a trailblazer in the alt drag community for her punk-rock style that pushed drag to new limits.

This Supermonster from Season 2 of Dragula seriously snatches some wigs with her wicked and intricate looks. Just check out her Instagram and prepare to be amazed with her skills.