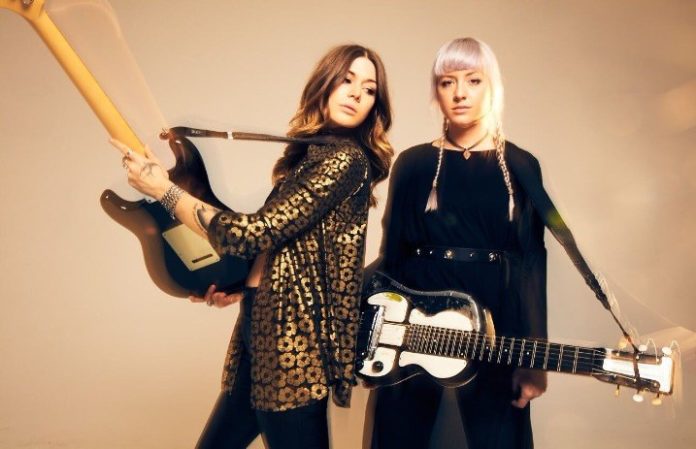 Rebecca Lovell is the vocalist and guitarist of Georgia roots-rock band Larkin Poe, who released their third album, Peach, in September of last year. In this essay, Lovell recounts her family’s experience of Alzheimer’s disease, detailing how the illness has affected those around her, the hope she’s found in campaigners such as country icon Glen Campbell and her relationship with her own mind.

1a: The power or process of reproducing or recalling what has been learned and retained.

b: The store of things learned and retained from an organism's activity or experience.

I remember learning to read. I was 3-and-a-half years old, sitting with my mother on the beige carpet of our family home. Looming above, the letters C, A and T were spelled out in a ragged row of colors on a felt board. In a sudden burst of cognitive development, the right collection of neurons clicked in my young brain, and the word “cat” came out of my mouth. The letters D, O and G then coalesced into “dog,” and I remember my mother gushing over me proudly, yelling to my father, “By George, I think she’s got it!” The memory is distinct, crystallized by retellings over the years: The felt board, my gushing mother, the glow of pride. The moment has been immortalized in my memory; a brief chapter in the 27-year story that is my life to date. Day by day, I continue adding moments to that story, link by link, lengthening the chain of my personal history.

Now, as a songwriter, it has become part of my job to keep track of such stories; to keep an imaginative mind and an open memory. When I’m doing my job well, I am keenly aware of life’s little story arcs as they materialize around me. I notice the brief swells of human emotion that arise from moment to moment: An altercation in line at the coffee shop; a playful interaction between my father and my sisters at a family dinner; the climax of a romcom—all of these emotional swells could be the inspiration for my next song. I treasure and respect them, hoarding them away and committing them to memory. For the past handful of years, one such story that I’ve watched unfold with a heavy heart has been the rapid mental decline of my maternal grandmother.

My grandmother was 70 when she started exhibiting unusual signs of forgetfulness and confusion. Within six years, the spirited grandmother that I grew up knowing and loving had disappeared. My mother stepped in to serve as a generational shield between my siblings and I and the loss of our grandmother, and she has continued to highlight the silver-linings of a tragic story while mothering her own mother. As countless family caretakers everywhere can surely relate, my mom has had to experience moments that no child would ever dream of experiencing with their parent.

This past April 27 was the first year since 1960 that my grandmother didn’t wish her daughter a happy birthday. She no longer remembers how not to forget.

Alzheimer’s disease, the most common form of dementia, is the sixth leading cause of death in the United States. According to the World Health Organization, the number of people living with dementia worldwide is currently estimated at 47 million, and is projected to increase to 75 million by 2030. While pervasive, there is no cure. Causes of dementia and Alzheimer’s are loosely correlated, but there is very little conclusive evidence to help analyze or understand the onset of this disease.

In June of 2011, the legendary American singer Glen Campbell publicly announced that he had been diagnosed with Alzheimer’s disease. After the diagnosis, Campbell became a courageous face for Alzheimer’s, embarking on a final “Goodbye Tour” and releasing an award-winning documentary in 2014, I’ll Be Me, that centered on his struggles with the disease. In a move that attracted an outpouring of both praise and criticism, Campbell and his family allowed the public to witness very vulnerable and, at times, difficult to watch moments of his decline as the disease continued to progress.

Watching the documentary, I felt conflicted. As a performing artist with dementia and Alzheimer’s in my family tree, it was sobering to watch an icon of Glen Campbell’s caliber wander into the midst of mental decline. Simultaneously, it was cathartic to be reminded that my family and I are not alone in dealing with this type of loss, and I feel gratitude toward Campbell and his family for having shared their experience with such openness and honesty. The undeniable truth is that one in 10 people over the age of 65 has Alzheimer’s disease. Shining the spotlight of our collective attention on this fact is the first step in moving toward further medical research and, ultimately, a cure.

I remember learning to read. I remember writing my first song. I remember listening to my grandmother sing hymns in her kitchen, and I remember my first time listening to Glen Campbell sing “Wichita Lineman.” I remember the countless little stories that make me who I am. I hope to keep hold of these stories long enough to share them with my own grandchildren in the future. I hope that I will remember how not to forget.

The Alzheimer’s Association operates a 24/7 helpline, which offers information and advice to people affected by Alzheimer’s disease. You can reach them at 1-800-272-3900.