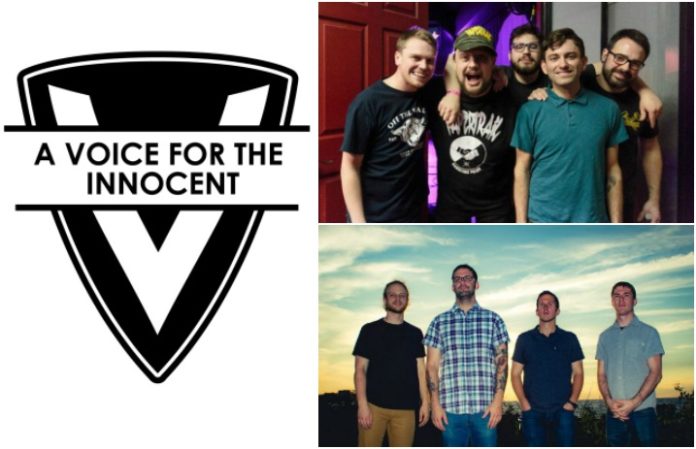 It feels like a dark time in the music industry as sexual misconduct allegations have continued to come forward, leaving many feeling lost and unsure in a scene both bands and fans often used as an escape from all the bad in the world.

“Recently, the scene has been riddled with gross misuses of power,” says the Weekend Classic’s Ryan Wells. “It is now more important than ever for bands like us to use our platform to speak out against sexual misconduct, not only in the music scene, but in every instance. We strongly encourage others to come forward with their experiences in hopes to keep the scene a safe place for everyone.”

In an attempt to help build a safer community and raise awareness of sexual abuse, the Weekend Classic and several other bands are taking part in Amity Fest, a one-night event Jan. 27 in Erie, Pennsylvania. The festival is organized by independent clothing line Amity Threads, with all proceeds will go directly to A Voice For The Innocent (AVFTI), a nonprofit dedicated to supporting people affected by rape and sexual abuse.

“A Voice For The Innocent is such an important cause,” says Hallie Hertrick from heyohwell, an emo/pop punk band from Cleveland, Ohio, also playing the event. “So many people have been affected by rape and sexual abuse, and that is not OK. We need to do everything we can to support and lift up the victims of these things. By accentuating the voices of these people and by creating a support system for them, we can begin to change the culture and prevent these things from happening in the future.”

Amity Threads owner and festival founder, Braden Docherty, says the collaboration between Amity and AVFTI is one that's very personal for those involved.

“I had met Founder/President Jamie Sivrais and Vice President Eric Boggs while volunteering with them at the Buffalo date of the 2017 Warped Tour,” he says. “Jamie and Eric are very passionate about their organization and cause. It’s very captivating. There was somebody who had stopped by the tent as well and told them how their resources helped them get the help they needed.”

Amity Fest headliners Light Years and Handguns believe events such as this one are crucial to breaking the stigma surrounding sexual abuse. “I love the fact that people aren’t normalizing or dismissing it and are taking matters into their own hands to change it,” says Handguns guitarist Jake Langley. “‘If you don’t like something, change it’ seems to be the mantra that the current culture has started to make a shift toward and I back it. I’ve always believed that standing up for what you feel is right is tightly woven into the fabric of humanity.”

“Events like this are important because it shows that there are people in this scene who are trying to make a positive difference,” adds Light Years’ Pat Kennedy.

Amity Fest is an event organized and supported by a community of bands, crew members and fans working together. They strongly believe that if change is to occur within this community, everyone must actively participate toward that awareness.

“If we aren’t part of the solution, then we are part of the problem,” says Handguns’ Langley. “It’s important for everybody involved in the music industry to do everything they can to actively combat these issues. We all have a basic human responsibility to each other to create an environment of social awareness and mutual human respect.”

Light Years’ Pat Kennedy feels events like Amity Fest allow bands to use their platforms to inspire change among their fans. “Bands can influence lots of people by the things they say and stand for. Punk rock is a place where you can speak your mind and express yourself, and I think it’s rad when bands stand up for their beliefs and give their fans something to care about other than just the music.”

QUIZ: Do you remember the lyrics to BMTH’s “Chelsea Smile”?