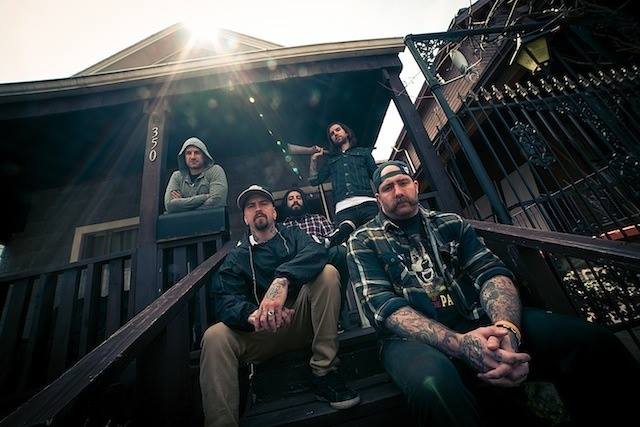 There is no other way to define it: Hot Damn! was a total gamechanger for metalcore. While they weren’t the first to incorporate odd time signatures (how’s it going, the Dillinger Escape Plan?), lyrics that walked a very thin line between irony and sardonicism (what’s up, Drowningman?) or even include elements of Southern-rock swagger (y’all ever heard of Pantera?), no one fused all those elements (and more) together more cohesively or more successfully than Every Time I Did did on Hot Damn!. For a record that’s only 27 minutes long, it’s incredible how many directions it’s able to shoot, from the opening salvo of “Romeo A Go-Go” (the closest thing this band ever got to a punk song) to the monster riff fest of “Off Broadway” to a brief attempt at Neurosis-esque post-metal with “In The Event That Everything Should Go Terribly Wrong.” We also can’t discount how downright poppy some of these songs are, from vocalist Keith Buckley’s ballsy croon in the chorus of “I Been Gone A Long Time” to his absolutely incredible clean vocals and epic bellow of “This is a rock ’n’ roll takeover!” in “Ebolarama.” Who knew metalcore could be this catchy? Sadly, Hot Damn! was so good that it began getting ripped off by wannabes almost immediately. But you shouldn’t knock an amazing record for influencing terrible bands. I mean, The Shape Of Punk To Come was a staple on Crazy Town’s tour bus, but we don’t judge Refused for it.

THE BIG DIRTY
By Brian Kraus

“I've been bitten by the party animal,” howls Keith Buckley on “We'rewolf,” summing up the ethos of The Big Dirty, the crown jewel of the Every Time I Die discography. This writer grew up two hours away from Buffalo, New York, so being an ETID fan became mandatory just as much as being a hater was completely disallowed. From the bouncy explosion out of the gates (“No Son Of Mine”), relentless riffs-on-riffs (“Pigs Is Pigs”), collision with pop-metal (“We'rewolf”), pile-on potential (“Rebel Without Applause”), square dance from hell (“Rendez-Voodoo”), twisted Southern spirit (“A Gentleman's Sport”) and slam-tastic moments (the breakdown of “Cities And Years” sounds like bashing a door into some fool's face), the Big Dirty is the big winner here.

Much bandwidth has been filled up by Every Time I Die lifers pledging both allegiance and first-born children to their favorite band's alloy of kickass ’70s rock and hardcore velocity. While The Big Dirty was definitely a high point in the band's storied career, New Junk Aesthetic dials up a different dimension altogether—namely frontman/mouthpiece/wiseguy Keith Buckley. Moreso than on previous records, Buckley seems positively unhinged, like he's trying to pull down the sword of Damocles from above his head with his bare hands, lopping off all of his fingers, stomping in the blood puddles and roaring through it all. “My cancer came knocking/It was dressed to the nines,” he exhorts on “Host Disorder” like he's high-fiving the specter of Death and spilling PBR on the fucker’s hooded robe. On “White Smoke,” he makes a 120db plea to “Relieve me of life/And give me what I came here to get.” He even quotes ’80s one-hit wonder footnote Matthew Wilder’s “Break My Stride” on the biker-metal throwdown “The Sweet Life.” Sure, the majority of Buckley's fans weren't even born when that annoying earworm was released, but to hear it rendered as a prayer for death is still jarring. Guitarists Jordan Buckley and Andy Williams still bring the noise and the mosh, but it's their frontman's planet-bombing disgust with well, everything, that makes New Junk Aesthetic forever compelling.