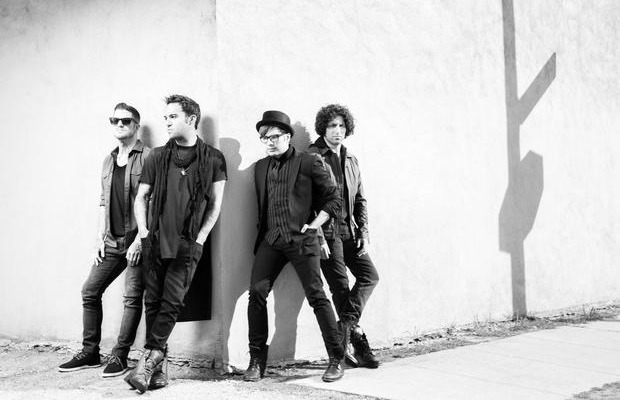 If there’s one thing the internet loves, it’s animated GIFs of cats. If there’s a second thing the internet loves, it’s arguing about everything, all the time, forever and ever. Thus, our new debate column is born! Next up: APMAs headlining act Fall Out Boy. What do you think their best album is? Here’s what some of our editorial staff had to say.

TAKE THIS TO YOUR GRAVE
By Tyler Sharp

Fall Out Boy have become, in many ways, a mainstay in today’s music industry. From their consistent chart-topping hits to endlessly touring the globe, the band are arguably at the height of their career as of now. Nonetheless, as with any central musical figure, Fall Out Boy had to get their start somewhere, and that somewhere was their unparalleled sophomore LP, Take This To Your Grave. Despite the band’s transition in sound over the years, it was in 2003 with this raw pop-punk milestone that they set the musical bar for not only themselves, but an entire genre as well.

The record kicks things off with the unforgettably angst-laden, “Tell That Mick He Just Made My List Of Things To Do Today,” and then seamlessly flows in and out of every guitar chord, drum fill and infectious harmony until the final note of “The Patron Saint Of Liars And Fakes” rings out. TTTYG boasts the band’s unabashed ability to cohesively write marketable pop tendencies (“Grand Theft Autumn/Where Is Your Boy?”) alongside a genuine punk influence (“Dead On Arrival”). While diehard fans of the band’s early sound may find it difficult unearthing appreciation for their newer material, those who just recently discovered the group might find solace in an aspect of this album more easily—and that is why Take This To Your Grave is Fall Out Boy’s greatest album. Marketable punk—what more could you ask for from a band?

FROM UNDER THE CORK TREE
By TJ Horansky

Fall Out Boy’s third album was neither a slump nor a comeback (of the year). Take This To Your Grave was an incredibly solid label debut, but From Under The Cork Tree took the genre that the band helped define and pushed it into the stratosphere. FUTCT was built on the same foundation that made TTTYG so great—angsty pop-punk with heavy guitars, crisp pocket drumming and melodic vocals that combine pop sensibilities with a level of brashness that comes from years of playing sweaty punk shows in VFW halls. As great as TTTYG is, however, the album is one flavor throughout. These Chicago natives took the best elements of that album and pushed the boundaries of what pop-punk could be.

“Our Lawyer Made Us Change The Name Of This Song So We Wouldn’t Get Sued” is arrogant and self-depriving; “Dance, Dance” is, well, dance-y; “I’ve Got A Dark Alley And A Bad Idea That Says You Should Shut Your Mouth (Summer Song)” is laden with brooding lyrics and upbeat instrumentals, somewhere between the Cure, New Found Glory and Bruce Springsteen. Tracks like “7 Minutes In Heaven (Atavan Halen)” and “Of All The Gin Joints In All The World” stayed truer to the straight-up pop-punk vibe from TTTYG, but are more solid than any song from that album. The dichotomy between Pete Wentz’s lyrics and Patrick Stump’s music composition gels seamlessly on FUTCT, more than any other Fall Out Boy record. And for better or worse, “Sugar, We’re Goin’ Down” is a song that followed in the steps of pop-punk forefathers like Blink-182 and helped push the genre to a much wider audience.

Neal Avron (Yellowcard, New Found Glory) was a perfect fit to track FUTCT; the producer has an uncanny knack for bringing out the depth of each layer in the mix and creating a massive wall of sound. Fall Out Boy have continued to experiment and branch out with each album (including their most recent, pop-heavy release Save Rock And Roll), but they haven't able to recapture the same level of excitement and confidence as FUTCT.

FOLIE A DEUX
By Philip Obenschain

By 2008, Fall Out Boy were a band at a crossroads. Take This To Your Grave had established their scene cred, From Under The Cork Tree proved their mainstream viability and Infinity On High helped cement their status as rock stars, while flexing the group’s songwriting chops and largely breaking free of their pop-punk origins. As the band began work on what would become their fifth release, Folie A Deux, choosing again to work with producer Neal Avron, a visible disconnect had begun to occur between members and their respective creative ambitions, leading, ultimately, to their hiatus a year later. While Folie might be the sound of Pete Wentz’s strong-willed vision butting up against Patrick Stump’s coup d’etat of the band’s overarching sonic direction, it’s the ambitious, layered and earnest result, the sound of a band throwing all of their cards on the table, that makes it so special.

While Stump’s opinion on the record seems to have soured over the years, and the band have incorporated less and less Folie into their performances, tracks like “America’s Suitehearts” and “Headfirst Slide Into Cooperstown On A Bad Bet” remain some of Fall Out Boy’s strongest, and “What A Catch, Donnie” is, perhaps, their best ever. Aesthetically, Folie has aged the most gracefully of the group’s entire catalog, and will likely remain the most timeless. While last year’s Save Rock And Roll showcased a sharper focus and more accessible songwriting, Folie A Deux still stands as the weirdest, best, and most volatile Fall Out Boy album ever.

SAVE ROCK AND ROLL
By Brittany Moseley

Fall Out Boy will always be one of those bands that illicit strong feelings of nostalgia from people. Like My Chemical Romance, Taking Back Sunday and other bands that came up in the early 2000s and shaped this music scene, it’s their cross to bear. But as much as people want to praise Take This To Your Grave and From Under The Cork Tree—both good albums, no doubt—Save Rock And Roll is Fall Out Boy’s best album because it represents Fall Out Boy as they are today. For a band who are constantly evolving, never releasing the same album twice, it makes sense that their new album would be their best, because with each album Fall Out Boy have grown, changed and improved.

Of course, Save Rock And Roll could have been terrible. I never expected to like it, and for all intents and purposes I dismissed it at first. I figured once the hype surrounding their reunion died down, so would the rest of the chatter. But it only got louder. Once I sat down and gave Save Rock And Roll a chance, I realized why. From the propulsive opener, “The Phoenix,” which acts as a reintroduction to the new FOB, to the closing title track, a powerful piano ballad with the simple but beautiful line, “You are what you love/Not who loves you,” Save Rock And Roll is the sound of a band at the top of their game. The rest of the songs are just as noteworthy, from the smart, punchy club anthem “Where Did The Party Go?” to the clap-along-if-you’re-inspired anthem, “Young Volcanoes” to the gritty “Rat A Tat” where a cheeky Patrick Stump sings, “Are you ready for another bad poem?/One more off-key anthem.” It somehow manages to sound just like the Fall Out Boy we remember and yet nothing like them at all. Fall Out Boy might not have saved rock ’n’ roll, but they sure made it a hell of a lot more interesting.

The story goes that Fall Out Boy entered Ryan Adams’ Pax-Am Studio and banged out, recorded and mixed these eight tracks in two days. Thing is, everything about this double 7-inch pack seems faster, like the band went in at 2 in the afternoon snacking on Pixy Stix and energy drinks and then left the studio by 5 to go get burritos in a bad part of town, only to end up playing an all-ages show so furious, they end up barfing them up and down the front of their instruments.

While everyone over the age of 35 has cited the usual suspects (Misfits, Black Flag, et al) as antecedents for this exercise, FOB showed both fanboy homage and character building. Patrick Stump’s urgent ranting (especially “Hot To The Touch, Cold On The Inside”) carries a soulfulness that would make Bruno Mars look up from the SoundScan metrics on his phone and say to an assistant, “So this is that hardcore stuff I’ve been hearing so much about?” Andy Hurley rolls out the drum fills like he saw the ghost of Sid Vicious pointing a cocked and loaded snub-nosed .38 at his face, while Joe Trohman and Pete Wentz propel the proceedings like they were playing a hardcore matinee at CBGB’s in the summer of ’83. (The near pastoral ending to “Caffeine Cold” is a curious mind-bender, though.)

The very existence of this recording is both perverse and cool as hell: The former because the project followed the über-pop sheen of Save Rock And Roll by six months. The latter because the band acknowledged their love of old-school hardcore under the FOB banner, as opposed to releasing the tracks under another name to somehow maintain some kind of delineated modern-rock appearance (take a bow, the Mad Gear And Missile Kid). Haters gonna hate, but let’s face it: Their bands suck wildly. For whatever reason, plenty of bands seek to disassociate themselves from their past. On Pax-Am Days, Fall Out Boy own their present, their future and their past. What more would anyone want?