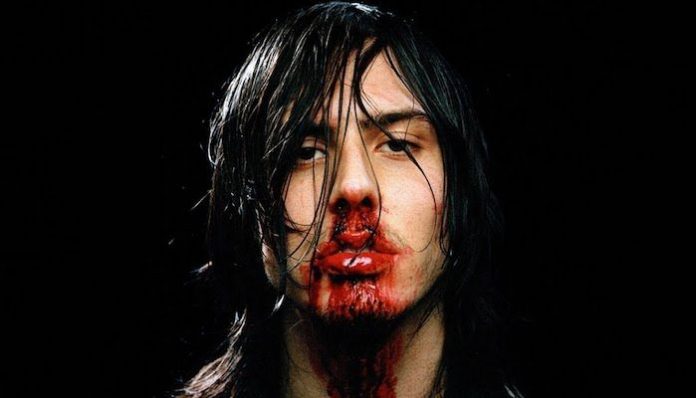 Andrew W.K., the rock monster who made wearing all white all year downright mandatory, let alone fashionable, is rereleasing his first two albums this Friday, July 19, on Enjoy The Ride Records.

His debut album, 2001’s I Get Wet, will be on colored vinyl in a gatefold edition. It will feature a spot gloss finish over W.K.’s bloody face to make it look even gnarlier. There will be four vinyl color variants of I Get Wet: red with black smoke (exclusive to AndrewWK.com); clear with red splatter (exclusive to Bull Moose and Zia Records), black and bone white split with blood splatter (directly from EnjoyTheRideRecords.com) and classic black (available in worldwide retail).

2003’s The Wolf will have completely new artwork by Josh Bodwell, known for his photorealist work and Epic Ink appearances. The vinyl color variants will be clear with black swirl (AndrewWK.com exclusive) and a “wolf silver swirl” pressing (EnjoyTheRideRecords.com exclusive).

W.K.’s infectious positivity continues to burn brighter than a July sun. And in a world where a lot of artists want to go back to their original recordings and fix things, his attitude about his work remains as proud as ever.

“I love both I Get Wet and The Wolf more than ever,” he tells AP. “Even more than when they were first recorded. I don’t take this for granted. Perhaps it’s a type of unconditional love. In some regards, I don’t have specific thoughts or feelings about these albums except for total love. In most cases, I don’t have an opinion about my work once it’s complete. I do the best I can to make the partiest music I can. Then I make more.” 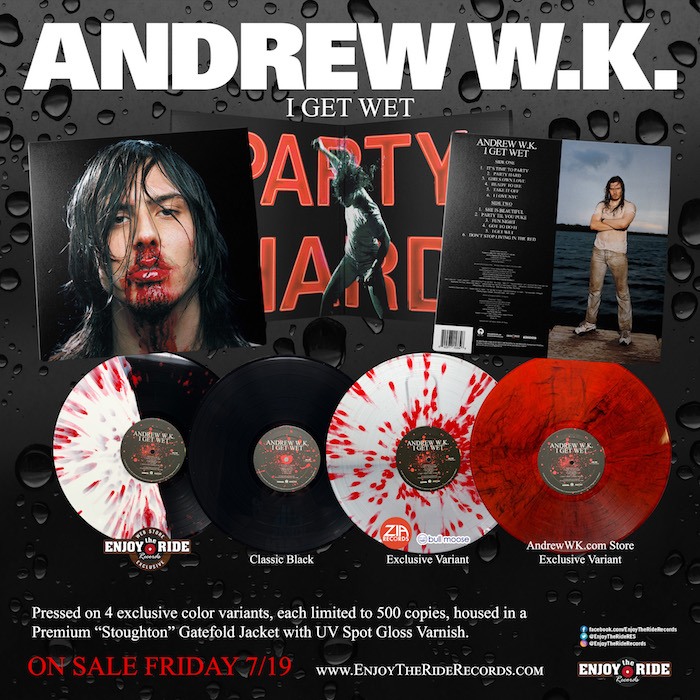 He says reconstructing The Wolf cover was a matter of necessity as the original closeup shot was lost. In 2012, W.K. commissioned artist Gonzalo Garcia to recreate a photorealist version of the I Get Wet cover for a 10th anniversary reissue. Pleased with how it turned out, he enlisted Bodwell to flex his skills on the reissue of The Wolf.

Read more: Andrew W.K. is the American Association Of Suicidology’s “person of the year”

“Josh Bodwell was able to bring a great deal of additional power and spirit to the album cover image,” the singer says. “His style is highly intense and energetic, even in its stillness and portrait-like formality. His painting looks more like the album cover than the original photograph did. And his painting looks more like Andrew W.K. than I do.” 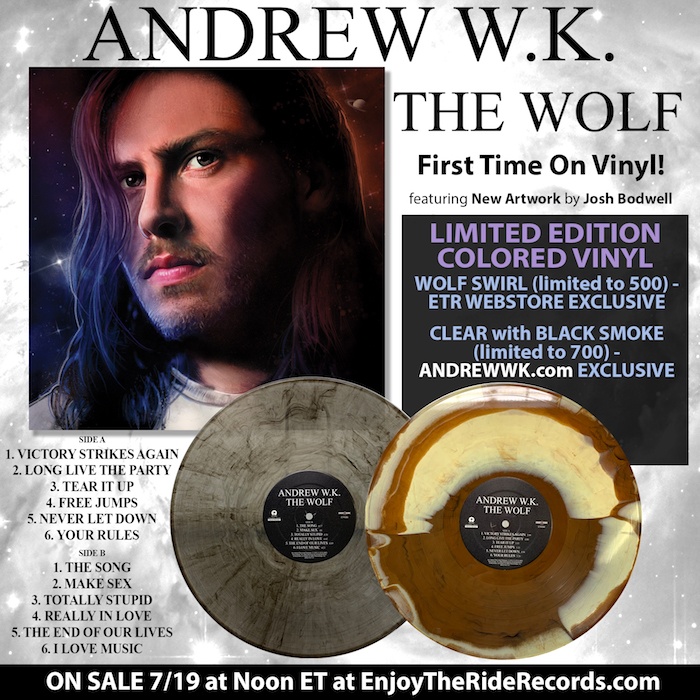 He says I Get Wet was pressed on vinyl in extremely limited quantities upon its release earlier this century while “we never pressed The Wolf on vinyl at all. I’m very thankful to finally have the chance to get both these albums available on vinyl again and for the first time. The audio is essentially untouched. There are slight packaging adjustments, from the obvious front cover painting for The Wolf to the more subtle packaging details on I Get Wet. But we worked to make both releases as high quality as we could.”

And yes, we saw it coming but did it anyway: When asked about his plans for the rest of the year, W.K. was on-brand. “Nonstop partying, always and forever,” he affirms.

Get ready to make your all-white party pants sweaty with these new reissues over here.