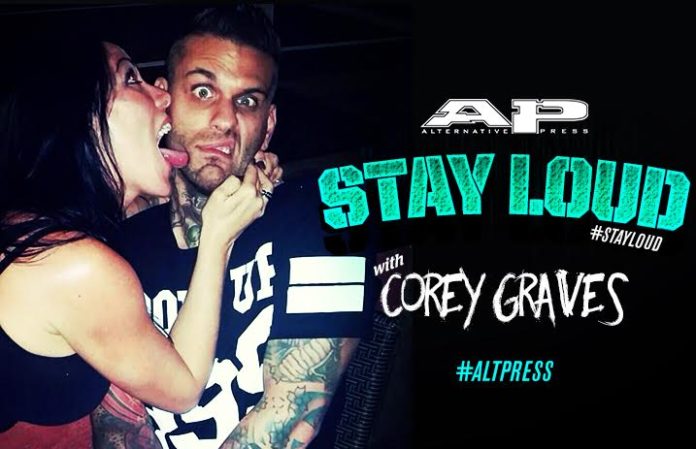 It's human nature to want to be loved. All day, every day. “Till death do us part.” But, we'll settle for one single day of the year: Valentine's Day.

We are a generation raised by the media, and with that comes a laundry list of unrealistic romantic expectations. Sure, we all love a good sappy movie (Yes, all of us). Ask any of your guy friends who have seen The Notebook Just make sure nobody else is around.

However, most of the romantic actions we've grown to dream of from our perfect partners would, in reality, lead to more stalking charges and restraining orders than makeout sessions in the rain. As much as we all would love a Say Anything moment, with “In Your Eyes” blaring from a boombox, the world's sense of humor is much more cruel, and the soundtrack is memorable for entirely different reasons.

I was in 8th grade. My crush invited me over to hang out, and I knew it was my chance. The setting was perfect. The basement was poorly lit and only slightly musty. The local pop station was blaring on the radio. I don't think I'd even mastered “American” style kissing let alone concern myself with how the French did it, but it was go time. I leaned in with all the romantic prowess of a baby giraffe, and then the magic happened. Right on cue, the DJ played the song that haunts me to this very day.

I'll spare you the details—and believe me, it's for the better. Think less The Fault in Our Stars and more Nightmare on Elm Street. But to this day, any time I hear the Spice Girls I am simultaneously amused and mortified.

In honor of the most romantic day of the year, I asked some friends to share the soundtracks to some of their most awkward make out moments

Chris Jericho, WWE Superstar/Fozzy— “Winds Of Change” by the Scorpions. I was making out with a chick at my mom's house with the Crazy World album on. Just as this tune was came on, I suffered from the most embarrassing of calamities: premature… well, you know. With my dreams shattered and my underwear soiled, I claimed a foot cramp and ran to the bathroom to assess the sitch.

Lajon Witherspoon, Sevendust— My now wife, Ashley, and I met years ago. She came to a show not knowing Sevendust was playing. I was able to meet her and invited her on the bus. We were talking, and I tried to woo her with the advance of the Maroon 5 CD I had been given to check out. This was their first album that ended up being massive for them. I was like “man, wait until you hear this band. They are going to be huge.” I remember I was playing “She Will Be Loved” and then she left the tour bus. I guess it worked because we got married, and she is still with me all these years later. Thanks Adam Levine.

Alex Levine, the Gaslight Anthem—“Friday I'm in Love” by the Cure. I made a mixtape with that song on it, with that song being the centerpiece of the mix tape thinking it was our song but it wasn't at all. In fact, she never really listened to the Cure and thought that song was cheesy. It was a song me and my previous fling shared. Safe to say I'm not with either of those girls and married someone who appreciates the Cure.

Dolph Ziggler, WWE Superstar—A long distance girlfriend came to visit me and thought I was cheating on her. Surprisingly, I was not. After a fun night out together, she jumped up—naked—grabbed my phone and ran out of my apartment, planning to lock herself inside of her car and go through my phone. I caught her and stopped her from running into a public parking lot naked, and as she was saying “who's this” and “who's that” in my phone (and hitting me) and yelling about all these GIRLS, GIRLS… “Girls, Girls, Girls” came on and she was like; ''what the hell are you laughing at?” I explained and she laughed and then we both laughed and played that song a few more times laughing. Of course, a year later, she eventually broke up with me, because I had too many friends that were girls. Years later I would send pics to her phone, backstage at Crue (surrounded by girls, obvs) with the caption “same old situation.” Never got a response.

Andy Black— I'm gonna take this one back to the beginning of my attempts at romanticism. Kindergarten! Like many kids, I had seen relationships in movies and TV and assumed I should hurry up and get on that. I made friends with a girl named Nicole in my class, and she had smiled at me, so naturally I thought that it meant we were going to get married and do whatever married people did.

It was the early '90s and Kenny G was truly a mainstay amongst 40-something-year-old women, this was true of my teacher (I can't remember her name) and she would play his hits (The Moment) during our daily naptime. One day I decided I was going to go over to Nicole during naptime and do my best recreation of the batman/cat woman kissing scene in Batman Returns. I planted one on Nicole and she burst out in tears and hysterics all the while Mr. G's smooth sax provided a tragic soundtrack to my mistaken maneuver.  When reprimanded by my teacher Mrs. Whatsername, I quickly thought up the best lie my 5-year-old brain could handle: I tripped and fell and used my mouth to break my fall.

I'm sorry Nicole, wherever you are out there, for the potential scarring that my ill-conceived Romeo antics provided. I have since gotten better at judging situations… I think.

Jack Fowler, Sleeping With Sirens– Mine is “It Wasn't Me,” by Shaggy.  I had to convince my girlfriend in middle school I didn't kiss her best friend at the dance while the song was playing in the background! I got rolled up on at the dance, classy man I am!

Ash Costello, New Years Day – So I was kissing an ex-boyfriend and “I Used To Love Her” by Guns N Roses came on my playlist, I think by the time it got to the lyrics “I used to love her so I had to kill her, I had to put her six feet under,” and I looked the guy dead in the eyes and had to remind him if he hurt me I would have to kill him. It ended super awkward so I changed the song to “Monster Mash” to lighten the mood. Totally worked.

I hope by now, there's a very particular song playing in your head. Maybe some hazy details are coming into focus.

Now make sure you don't screw up Valentine's Day, or your  significant other may tell the story some day about how they dumped YOU during a Drake song.