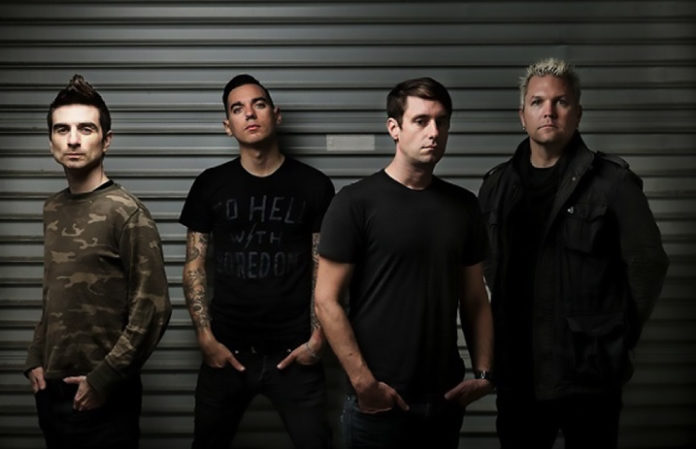 With the January 20-release date of Anti-Flag’s first live album, Live Vol. 1, quickly approaching, the band have put out a new video for the lead track “Death Of A Nation.”

The video features live footage from the band’s archives spanning 20-plus years. “The record itself covers the entire history of the band, so the video does as well,” bassist/vocalist Chris #2 shares. “There’s footage from some of our first shows to our most recent, further reiterating the idea that punk rock exists as a space where we are free to be ourselves. That the solace we seek is achievable.”

Read more: Like the 2016 election, expect the unexpected in Trump-era punk

Recorded over the course of three evenings at the Troubadour in Los Angeles, California, Live Vol. 1 spans the entire Anti-Flag catalog, but they chose the first single with a purpose in mind.

“We chose ‘Death Of A Nation’ as the lead track off of Live Vol. 1 for a number of reasons. The foremost being the parallels of emotions to the elections of George W. Bush and Donald Trump. The anxiety, fear and compassion we have for our brothers and sisters of marginalized and non-binary communities,” he says. “The song was written as a call to arms to rebuild. The work needs done, we must come together to not allow sexism, racism, trans and homophobic bigotry to become normalized.”

Check out the video for “Death Of A Nation” below:

You can preorder Live Vol. 1 from A-F Records (North America, Australia, Asia) or Little Rocket Records (UK, EU), and check out the full list of tracks below. You can see a full list of the band's tour dates and pick up tickets here.