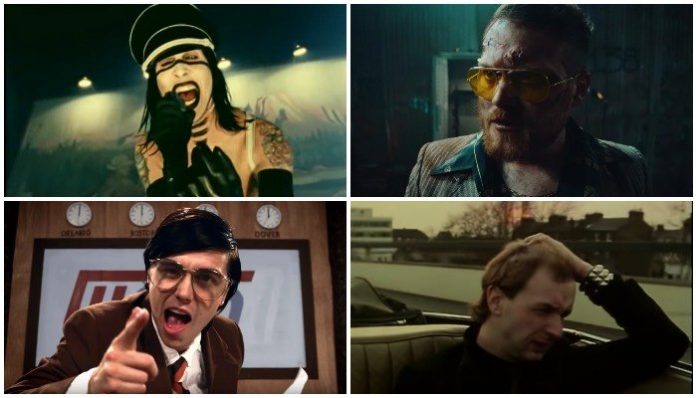 Area 51 has gotten some attention lately, and not in the way you’d expect. For whatever reason, someone made a Facebook event planning to “storm” the Air Force base. Of course, the internet did what it does, and over a million people RSVPed for the event along with actual FB groups being created.

No one knows for sure what’s inside the base, as the U.S. government keeps everything under tight lock and key. Maybe they have the toothpaste that all 10 doctors surveyed rated a 10/10. Maybe there’s aliens. The possibilities are endless.

With a month to go until the raid on Area 51, here’s 10 tracks to get you in the right mindset for the event.

Disclaimer: We don’t actually recommend going to the base as a military representative has made it clear that if you do attend, it won’t end nicely.

1. Sleeping With Sirens – “Do It Now, Remember It Later”

Sleeping With Sirens’ “Do It Now Remember It Later” is an anthem for all rebels, including those willing to raid a military training base. We only have one life, so we might as well “do what we want” and make the most of it.

There’s no room for quitters. This mission is, quite literally, life or death. You’re going to “Naruto run” your way into a top secret base and escape with a new alien buddy? You better make like I See Stars and be “All In.”

By now, you’ve realized that any storming of Area 51 is very illegal. Thankfully, Judas Priest have a song for that. If you get caught, hopefully you can jam “Breaking The Law” in your jail cell while you contemplate the events that got you there in the first place.

If you thought that a million people trying to get into a military base was going to be a peaceful event, you’re wrong. “As a matter of practice, we do not discuss specific security measures,” U.S. Air Force spokesperson Laura McAndrews told ABC News. “But any attempt to illegally access military installations or military training areas is dangerous.” As Asking Alexandria put it, “bring on the violence.”

You can’t put your life on the line without some gear. It’d be a mistake to try to get past military lines with no protection. Young Guns may be a different type of “Bulletproof,” but we think you should bring a  water bottle or shield to protect you from the inevitable tear gas and rubber bullets.

Still need to get hyped to see some aliens? Marilyn Manson’s got you covered with “The Fight Song.” Fear is your enemy. The only thing between you and the Area 51 secrets are a lot of soldiers, alarm systems and who knows what else. Are you going to let that stop you?

The time has come. You somehow managed to make it into the base and have found yourself an extraterrestrial comrade. In the event that it can speak your language, it’s quite possible that its life story could sound quite a bit like Oliver Tree’s “Alien Boy.”

8. Set It Off – “Partners In Crime” featuring Ash Costello

You found a few aliens. Great! Now you have to make your way out of there with not only your life, but new friends as well. That crime is truly a work of art: You managed to find the actual Area 51 base, fight your way past soldiers and rescue an alien. What better track for your newfound partnership than Set It Off’s “Partners In Crime”?

As weird as it would be, the alien you rescued may develop some feelings. We don’t judge. At least you know Simple Plan would support your decision of an intergalactic relationship.

After you’ve gone on adventures with your new extraterrestrial friend, they’ll probably be itching to get back home, wherever that may be. It’ll be sad to see them go, but as Eat Your Heart Out make clear, at least you will share the “Same Stars.” Unless they’re from a different galaxy altogether, but the sentiment is still there.

What songs will you be jamming to get hyped for the Area 51 raid? Let us know in the comments below!