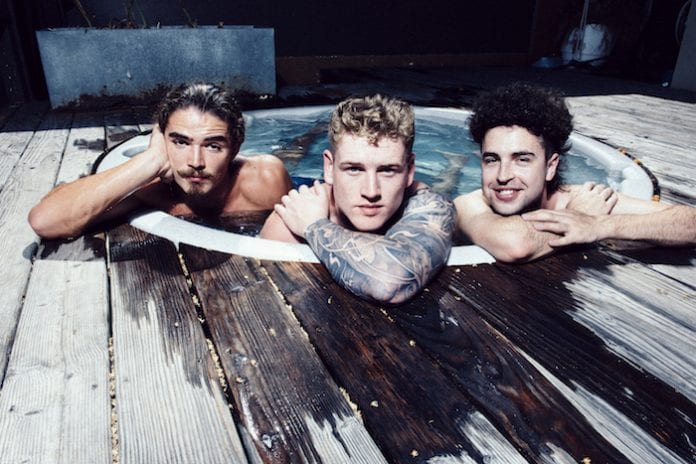 Southern California’s alt-rock trio Arlington revived indie in a refreshing way that sets them apart from other groups.  The trio are partnering with AP to premiere their latest track, “Hollow Moon.”

The song takes major influence from indie stars Arctic Monkeys between its sound and its ability to tell a story.

“Lyrically, it’s loosely about a single mother who considers prostitution as a means to support her family,” frontman Tyler Benko says. “We wanted the punchy, upbeat retro feel to be juxtaposed with the darker lyrical content.”

“The entire album plays on the odd pairing of upbeat rock ’n’ roll with darker lyrical and visual themes, and ‘Hollow Moon’ is one of the best examples of that,” he continues.

Beyond their lyrics, Arlington tell another fantastic tale in the track’s video. With the direction of Miguel Barbosa (Knuckle Puck, Tilian) who previously helmed the trio’s “Mud” video, this clip was set in the desert with an aesthetic to match that of the song.

While the music video turned out different than what the band intended, they still had a lot of fun.

“Originally, we wanted the video to be much darker, but after writing up a few potential outlines it became clear that it just didn’t work with the musical nature of the song,” Benko says. “We settled on presenting a more classically comedic scenario where the naive protagonists (us) get tricked by somebody much more clever than them.”

Arlington’s upcoming album A Walk Through Jackson County will be available Oct. 26 via Rise Records and preorders are available now.

Arlington will be supporting Hands Like Houses, Emarosa and Devour The Day this fall. Tickets are available here.