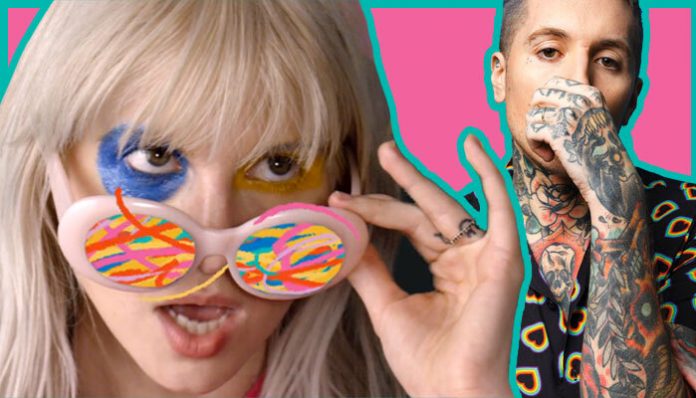 When Radiohead released Kid A, it was such a bold departure from their sound that it stunned the world. Fueled by a disdain for making alternative-rock music and a nervous breakdown that loomed large over Thom Yorke’s mental state, Kid A was the antithesis of everything they’d accomplished up until that point. It was as if Kid A denounced all of their big-guitar glory, made “Creep” shrivel in its wake with its electronic warbles and glitchy vocals. Two decades later, it still stands as one of the defining moments in their career.

In honor of Kid A’s 20th anniversary tomorrow (Oct. 2), here are 10 other albums that made bold departures and changed their sound for the better.

Bring Me The Horizon – amo

For their first studio effort in three years, Bring Me The Horizon peeled back their metal foundation. On amo, BMTH embraced influences that once felt impossible—EDM, pop and rock flourishes all persist across the record’s 13 tracks. Hell, Oli Sykes, unconcerned with maintaining his metal upbringing, sings “’Cause some kid on the ’gram said he used to be a fan, but this shit ain’t heavy metal” on a song (fittingly titled “heavy metal”) that calls out the people complaining about their divergence. But it doesn’t matter whether he’s exchanging verses with Grimes on “nihilist blues” or starting cults on “MANTRA.” Clearly Sykes, along with the rest of the band, genuinely feels at home on this record.

Prior to RARE, Hundredth had never ventured outside of creating melodic hardcore. But on their fourth album, the quartet forwent the manic breakdowns and throaty screams that found a home on their first three full-lengths. A welcome mutation on all fronts, the record plunges listeners into a visceral new world. Filled with guitars that feel spacey and mellowed-out vocals, it’s as if they’re carving out their own galaxy. A swirling fusion of shoegaze riffage and post-punk sensibility, RARE invites you in for a spell. Just know you’ll plan to stay indefinitely while getting lost in its atmospheric sprawl.

Lyrically, Pinkerton was the inverse of Weezer’s debut in every way imaginable. Songs about ditching cars for surfboards and looking just like Buddy Holly were abandoned for every last declaration of despair and lovelorn lamentation that permeated frontman Rivers Cuomo’s murky headspace. It was such a drastic mood shift that it was universally hated (and then, years later, universally adored) upon release. Cuomo once compared the songwriting to drunken confessions that felt mortifying rather than liberating upon waking up the next morning, and it’s an attitude that’s taken decades to undo as it’s ascended in cult-emo status.

Read more: See which My Chemical Romance song you are based on your zodiac sign

Inspired by frontman Austin Getz experimenting with psychedelics, Peripheral Vision saw Turnover shedding their pop-punk roots for a dream-pop sheen. Equal parts atmospheric and intrapersonal, the whole album feels like wandering through the most surreal chapters of a Haruki Murakami novel—or maybe just spending a dazed afternoon self-reflecting on every aspect of yourself while watching nature documentaries on mute. It’s true that Turnover never lost their pop-punk sensibility (“Take My Head,” “Humming”). But their bold departure on Peripheral Vision marked an evolution that’s had its thumbprints all over every album since.

When Paramore released their “Hard Times” music video, it captured the band trading their pop-punk past for ’80s swank. Incorporating pastels, new-wave worship and slapback delays galore, things had definitely changed. Indebted to Talking Heads, Blondie and Paul Simon (all acts they listened to while creating the album), Paramore added the emo flair of records past by laying instrumentals that fizzed and popped overtop bummer lyrics that reflected Hayley Williams’ sadness and uncertainty. Easily their most honest album, After Laughter is the culmination of being exasperated by getting told to just smile through the pain while living through the exhaustion of being alive.

Panic! At The Disco – Pretty. Odd.

Like Weezer, Panic! At The Disco experienced rabid success when they released their debut, A Fever You Can’t Sweat Out. So when they followed it up with Pretty. Odd., an album that recreated the baroque-pop magic of classics such as the Zombies’ Odessey And Oracle and the Beach Boys’ Pet Sounds, fans were instantly turned off by this bold departure. Stripped of the dance-ready emo-pop passages and verbose sensationalism that made their debut a lesson in theatricality, the band opted for sun-kissed melodies and a glass-half-full attitude instead, all washed in ’60s psychedelia. Though they would dip back into pop-punk waters (and later pure pop) for every release after. Pretty. Odd. will always stand as an experiment that foreshadowed the band’s ability to reinvent themselves.

Read more: Here’s how Lady Gaga reacted to Rob Halford joining her fans at a show

Beastie Boys went through a lot of evolutions during their time together. Both hip-hop heads and punks, they began as openers for acts as great as Bad Brains, Misfits and Dead Kennedys. The group even played CBGB in an early incarnation of their lineup. Their heel-turn from frat-boy rappers, mostly over stolen Led Zeppelin riffs, to crate-digging innovators on Paul’s Boutique changed sampling forever. But did you know they made another pivot? As a prank, the Beastie Boys thought it would be hysterical if they recorded a full-blown country LP as a Christmas present for their friends and family—so they did. The evidence is pretty damning: Mike D adopts a half-assed country twang and utilizes the genre’s most cliche tropes. It only gets more wild from there.

Young Americans is the product of David Bowie’s fascination with soul music, renouncing his glam-rock era that began in 1972 with his Ziggy Stardust alter ego. Sandwiched between Diamond Dogs and Station To Station, Young Americans was drenched in Philly soul and R&B influences. From the opening sax note of the title track to the funky pulse of “Fame,” Bowie had only ever alluded to this new direction—now he was entrenched in it, recruiting a young Luther Vandross to provide backing vocals in a bold departure that’s both fun and fresh.

Rather than relying on the fat verses and punchlines abundant across his past two albums, Donald Glover swerved, hard. Leaning into psychedelic-soul, acid-rock and funk influences in the ultimate tribute to his P-Funk elders Parliament-Funkadelic, Glover introduced an entire generation to their wacky brilliance on 2016’s “Awaken, My Love!” The guitar solo on “The Night Me And Your Mama Met” nods to Maggot Brain’s out-of-body title track. Meanwhile, Glover’s voice warbles with the same theatrics as George Clinton’s on “Zombies.” Put “Can You Get To That” on the same playlist as “Have Some Love” and you may not be able to tell the difference immediately. One thing is certain: Witnessing Glover commemorate P-Funk is like peering into his record collection. It’ll effortlessly send you down multiple rabbit holes of Black music history at once.

Read more: Nickelodeon settles the debate of how many “nicks” are in the theme song

Bad Religion – Into The Unknown

Bad Religion’s second album, Into The Unknown, was a bold departure from their debut. This release sounds vastly different from their first album—and nothing like anything in their discography since. Drawing from prog rock and heavy-handed synthesizers, Bad Religion explored more adventurous avenues by immersing themselves into the ’70s. Gone were the speedy quips that shined on their debut. Whereas the songs on that album averaged two minutes, Into The Unknown experimented with expansive songwriting (“Time And Disregard” is their longest cut ever, clocking in around seven minutes). But it’s so disdained by the band, it was only reissued for the first time since its release as part of their 30th anniversary vinyl box set in 2010. Given that Brett Gurewitz owns the masters, it’ll likely never surface on streaming platforms, either.