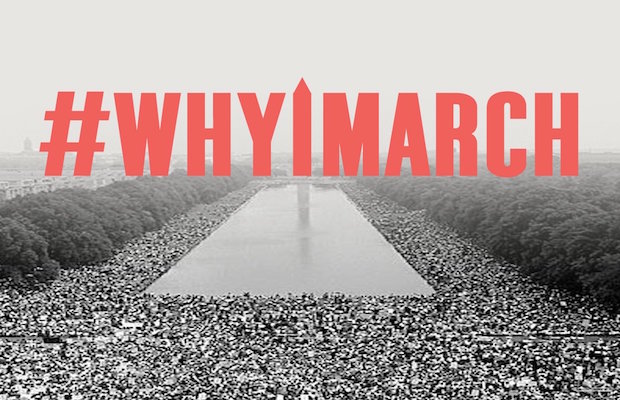 Today, millions of people took part in a worldwide Women’s March On Washington to send a bold message to Donald Trump and other newly elected officials.

Many artists participated in the event as well as sent their messages of unity and love on social media. See some of our favorites below.

On behalf of me and my unborn daughter, THANK YOU to everyone participating in today's #WomensMarch pic.twitter.com/2UXHaZFrYd

We stand with all our mothers , sisters ,and daughters today who are walking, and pushing back.… https://t.co/a82J1HiSFY

Sending my love and support to everyone marching today, wishing I could be there with you. Be safe. #WomensMarch

Pretty much everyday I find myself in awe thinking: “what did the world do to deserve the magical beings that are women? :')”

Since I can't be there I wanted to show my #womensmarch support in some small way by wearing… https://t.co/drobg3gdY3

Excited to join the Women's March in D.C. today. I'm proud to be peacefully protesting, in… https://t.co/tBg6fEmYjz

stand together!! from poland with love!! support our sisters! #millionwomanmarch !! #interupters

Proud. Inspired. Open to receive this great gift of defiance. We are in Los Angeles but she is in DC. We are thinking of her, we are thinking of you. Your purpose is strong, your message is sharp, and your voices are loud. Be safe. We wait for your return, but watch you on TV— better for knowing you and what you do, today and every day. Honored to remain your allies in the fight. Turned up. Tuned in. It only just begins. Love. #womensmarch #womensmarchdc