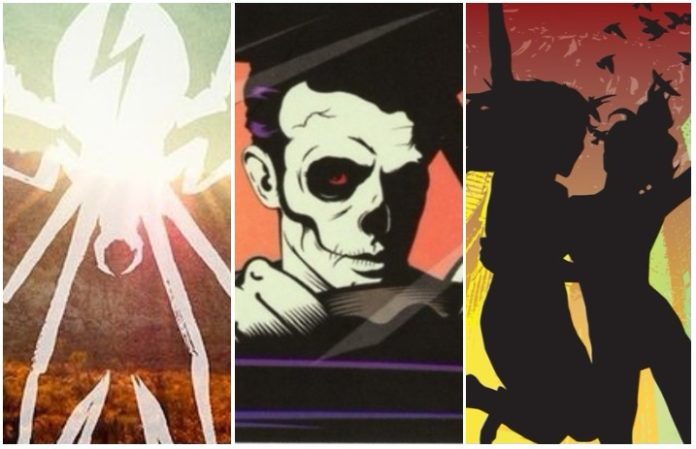 Selling 500,000 copies of a record is pretty cool, right? We think so, and lot of your favorite bands did just that this year.

From My Chemical Romance to Motion City Soundtrack, here are 22 artists who reached milestones with singles or albums (sometimes both) that went Gold in 2017.

2016 saw Panic! At The Disco go Gold in June with their fifth studio album, Death Of A Bachelor. P!ATD started the year right when the album went Platinum just days before its first anniversary on Jan. 15. A handful of singles from Bachelor were certified Gold, including “Don’t Threaten Me With A Good Time,” “LA Devotee,” “Victorious” and “Emperor’s New Clothes”—the last two also going Platinum. “Girls/Girls/Boys” from 2013’s Too Weird To Live, Too Rare To Die! received the Gold certificate in 2017 as well.

“Heavy,” the first single from LP’s seventh studio album One More Light, was the first one to hit the mark on Aug. 15. A huge list followed, including 2001’s “Crawling,” 2004’s “Breaking The Habit,” and 2003’s “Faint,” which went Platinum as well. “Iridescent,” “Given Up” and “Papercut” were also certified Gold this year.

Twenty One Pilots have one of the most dedicated fan bases ever, so, naturally a lot of their songs have gone Gold. “Ode To Sleep,” “Migraine” and “Guns For Hands” from 2013’s Vessel got the certification on July 14. “Lane Boy,” from 2015’s Blurryface, went Gold in January and Platinum in August. “Message Man” and “We Don’t Believe What’s On TV” were certified Gold in June and October, respectively.

MGK’s 2012’s Lace Up and 2017’s bloom went Gold in August and November, respectively. However, these were not his only tracks to sell over 500,000 units. His song “Bad Things” with Camila Cabello not only received a Gold certification in February, but it also went multi-Platinum later in the year, selling more than 2 million copies.

Two classic All Time Low albums earned the well-deserved Gold certification in May: 2009’s Nothing Personal and 2007’s So Wrong, It’s Right.

2012’s Blood got In This Moment a Gold certification in May.

2015’s Dark Before Dawn earned certified Gold status in August, joining the ranks with the singles “Failure” and “Angels Fall,” which received Gold in January and May, respectively.

Halsey had a busy year with the release of Hopeless Fountain Kingdom in June. The album went Gold, while her singles “Bad At Love” and “Now Or Never” went Platinum. “Control,” off 2015’s BADLANDS also secured Gold certification in October.