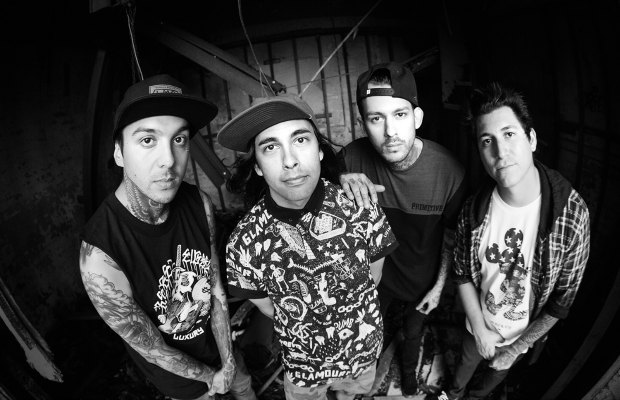 With more than 100 performers playing across 10 stages on this year’s tour, it's going to be can be tough to plot out your Warped Tour schedule. So starting this week and through the tour, AP’s editorial staff will be pumping out lists of some of our must-sees to help you decide! We start with 10 picks from APTV Manager Cassie Whitt

The first time I saw Candy Hearts live, they were playing the second stage at a Cleveland punk festival and provided a sugary-sweet breath of fresh air in the midst of an onslaught of aggro.

While I never paid much attention before, seeing Emarosa opening for Chiodos in 2014 converted me into a full-blown believer. Vocalist Bradley Walden commanded not only the stage, but the floor, the barricade and every inch of the venue he could reach while still attached to his mic. His charisma was truly compelling and I can’t wait to witness it again.

Could they be the next big thing out of England? If you’ve been paying attention to the post-hardcore scene the past couple years, you’ve probably seen that question circling this Cambridge melodic-rock quintet. If you aren’t already acquainted with this band, we think Warped would be a great place to start.

I mean, of course I’m going to watch my favorite ghost-hunting buddies.

In AP 324, AltPress.com Editor Matt Crane recommended you go check out Senses Fail, citing the release of their sixth album Pull The Thorns From Your Heart as a catalyst that re-energized the band, guaranteeing they’ll put on an excellent show this summer.

Set It Off play pop-rock perfect for parties. Their live show provides no shortage of sing-alongs, heartfelt moments and of course, opportunities to dance under the sun, feeling young and carefree.

Live footage of these Russian punks tends to feature the band displaying their rowdy, loud kinetic energy to crowds of people looking mildly frightened and confused. I can only hope  their stage is close to the parents’ tent, because I’m a sadist.

Though it’s been four years since we’ve heard from London’s TAT, we’re expecting nothing less than a brazen, possibly vulgar punk-rock explosion from them this summer. If what you seek is an opportunity to raise your middle finger, swear, laugh and possibly hear some long-awaited new tunes, let vocalist/guitarist Tatiana DeMaria be your leader.

Last year, we named This Wild Life’s set one of our favorites from the Warped Tour live stream (which is returning this year, by the way!). We have no doubt they'll charm even bigger crowds this year.

Be sure to pick up AP 324, our Warped Tour 2015 issue, which happens to feature three of these recommended artists on the cover!