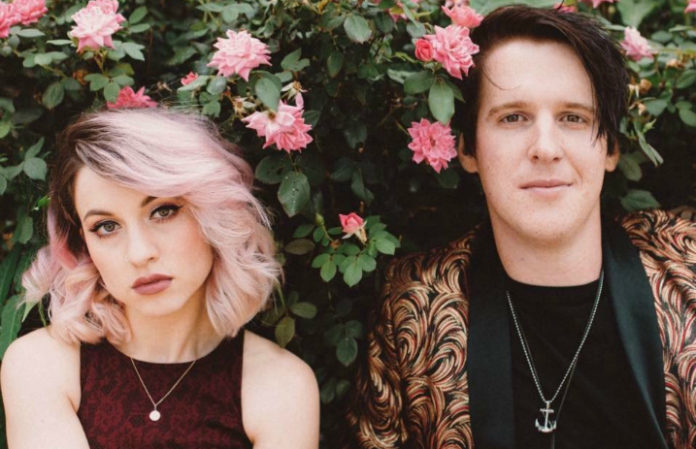 Pop rockers Ashland are premiering a special, stripped down version of their song “For You,” along with a peek behind the meaing of the songs on their latest record, Wildfire, which was released June 30 via InVogue Records.

Plus, we chatted with the duo to help you get to know them a little better—from Craigslist ads to talks on their dream show, we have everything you need to know about Ashland right now.

Hear Ashland share the meaning behind the songs on their new album below:

Watch the band's video for the stripped down version of “For You” here:

And don't forget to check out our Q&A with the duo:

Musician duos are clearly very popular (Twenty One Pilots, Tegan and Sara). What makes your dynamic unique?
Asia: Well we're kind of just two people from the middle of no where, who happened across each other and both have a crazy love for music, art, travel, and using all those things to put a little light in to the world.
Aaron: Our songwriting dynamics compliment each other so well. I don't know how to explain it but when we work together it just “clicks”. We also like to tease each other a lot so being around us is fun. Asia likes to prank people so you never know what will happen.

Describe your dream show: Venue, time of year, supporting acts, time of day, pre-show plans, post-show plans.
Asia: I would love to play Times Square on a 70 degree New Years Eve. And then maybe Taylor Swift would invite me to join her Squad haha. A girl can dream, right?

What has been the most surprising thing that happened in your musical careers since signing with InVogue Records?
Asia: “Wildfire” charting on Billboard was pretty amazing!

Which 3 festivals would you love to play and why?
Asia: Riot Fest, Warped Tour and Firefly would all be cool!
Aaron: I have to add Reading and Leeds in there!

If you were to describe your sound as a child, who would be the two parents?
Asia: Ooh, that's hard. Maybe Pvris and Maroon 5? DOH!
Aaron: Brendon Urie and Randy Savage

Did you two meet through music? How did you meet?
Asia: Yeah! But it's actually a pretty funny story. I was looking for a band and Aaron was looking for a singer. I responded to an ad on Craigslist (which I don't totally recommend. Kinda creepy haha). We met up and have been playing music ever since!

What else would you like people to know about you two and your music?
Asia: We're honest, hard workers. We genuinely love people and are so thankful for every opportunity and every bit of support. We love music and we're happy that we can use it as a way to give back and encourage people.

You can pick up Wildfire here.

What are your thoughts on Ashland's stripped down version of “For You”? Let us know in the comments below!