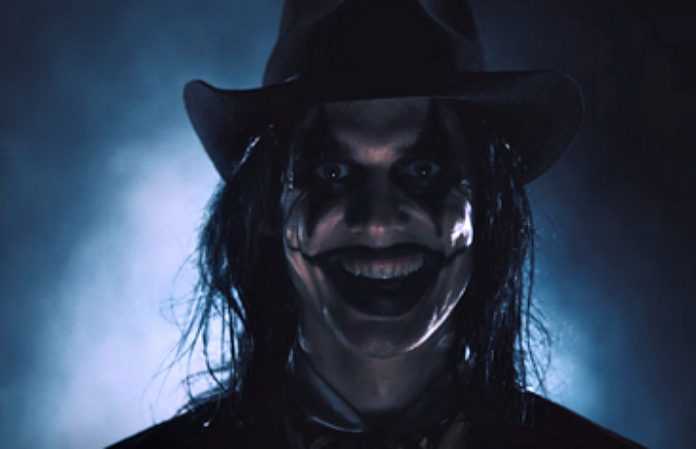 Avatar’s new video for “Night Never Ending” continues to push the boundaries of what is being done visually in the world of heavy music, and you can see it here at AltPress first.

The track comes from the band’s very first concept album titled Feathers & Flesh, which dropped in May via Entertainment One (eOne) in North. Because the band believed the story too extensive for any booklet, they made a fully illustrated 60 page, 109 verse poem hardcover book.

The new release is the followup to 2014’s Hail The Apocalypse, which cracked the Billboard Top 200 for the first time in the band's career.

Frontman Johannes Eckerström describes why the track was chosen to be their next video. “It's is a special song, being probably the most upbeat and, dare I say, happy piece we've ever released,” he shares. “But under the surface of the fragile message of hope and fighting spirit it is little more than a prelude to a tragedy, and that is what we set out to capture when we decided to make a video for it.”

Longtime fans might notice something a little different about this video. “It is very close to my heart for being the one video where there is no ‘rocking out’ going on, and we get to capture a side of Avatar that is just as integral as the good, headbanging times we love sharing with our supporters all around the world,” Eckerström says. “There are few things in this world as beautiful and fascinating as contrasts and this is what all of Feathers & Flesh is all about. Hope and tragedy.”

Avatar are back in the U.S. in continued support of their new album. The band just wrapped a handful of arena dates with Avenged Sevenfold, Volbeat and Killswitch Engage. They will continue performing headline and festival dates such Aftershock this October. Check out a full list of dates below.