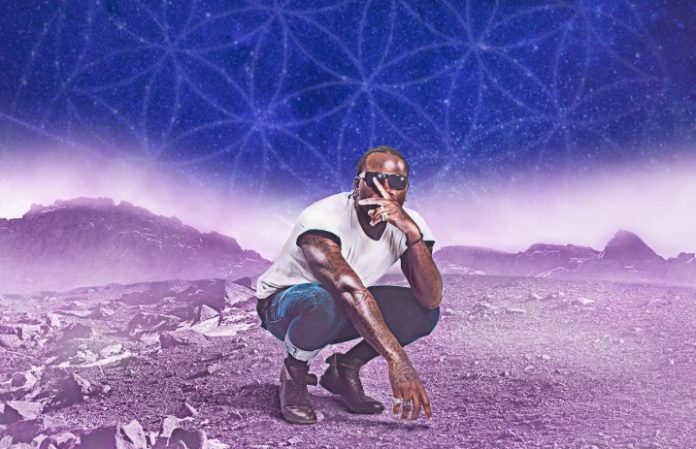 Collaborations with various musicians are nothing new for Los Angeles-based rapper B.LaY—in 2014, he worked with Ronnie Radke, Haley Rose and other performers to put together songs for his mixtape, Initiation II.

In May, he’ll be releasing his debut EP All Of Me, but for now he’s teamed up with AP to reveal the video for “Lit.” The video features scenes of B.LaY partying like crazy with Radke, Trace Cyrus and other musicians.

“I wanted to show my true self and other aspects of my life besides the hardened side,” says B.Lay. “It’s fun, catchy and makes people wanna get LiT.”

“Lit” is the first track on All Of Me, and while it’s all about fun, much of the EP’s other songs will touch on topics that dig a little deeper. The EP includes themes of hope, struggle and joy, says B.LaY. He also included an anti bullying song dedicated to the late Courtney Campbell, who founded the organization Musicians Opposed to Bullying.

“All Of Me is my introduction to the world as I am understanding myself more; my fears, insecurities and dreams,” says B.LaY. “I’m proud of this body of work. I really wanted to open up and give my audience a different side.”

Similar to his previous work, B.LaY’s upcoming EP includes a variety of producer and artist involvement, with credits including Beebs (Beebs And Her Money Makers), Kallaghan, Brett Hestla (Dark New Day and Creed) and Jon Dough.