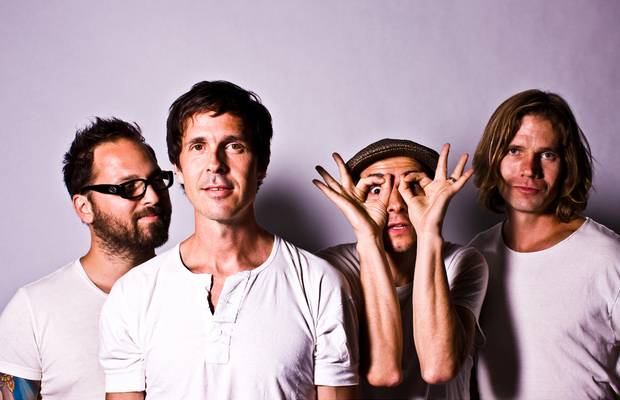 Rival Schools released their United By Fate vinyl represses today, and as a send-off to their 2001 debut being new again, we're streaming a rarely heard B-side from the double-LP collection titled “Accept The Compliment.” It was actually one of the first songs the band ever wrote, and only saw the light of day on a sampler handed out at the Vans Warped Tour in 2000.

Not since the album's original release on Island Music/Universal has it been available on vinyl, making the reissues craved by many fans from the past decade. There are two color variants both limited to 500 copies each along with a classic black option–head to the band's official site to find online outlets.

SRC Vinyl handled the production of the release, going into detail about the process: “United By Fate has been lovingly restored to a high fidelity 24bit / 44.1 hertz from the original analog source and pressed on 180 Gram Audiophile vinyl using lacquers cut by the legendary Stan Ricker (The Beatles, Pink Floyd, Moscow Symphony Orchestra), making full use of the dynamic range that only high quality vinyl can provide.”