After seemingly vanishing into thin air, Bad Luck have returned and are teaming up with AP to bring you their brand-new EP.

What started as a solo endeavor by vocalist and guitarist Dominick Fox soon developed into a band comprising him, his brother Joe and a rotation of friends as touring musicians.

They released their first album, Cold Bones, in 2014 and their second album, Noise In Your Head, the following year. After going on tour, it seemed like the band simply disappeared.

They began to tease their return last year, updating their social media after a little over a year of silence with cover photos and sharing new photo albums on Facebook. The band officially announced their return Nov. 30, revealing that they’d signed to Take This To Heart Records and releasing a cover of Mariah Carey’s “All I Want For Christmas Is You.”

Now, they’re coming back full force with a brand-new EP, Drug Phase. The album was inspired by the changes and “phases” that people go through in life.

“The EP is called Drug Phase because I feel like a lot of people go through changes or even ‘phases’ where they come out the other side and look back only when it’s over,” Dominick says. “To see clearly how much they might’ve lost themselves or got caught up in thinking one or a few ‘somethings’ will fix all of the problems or ‘nothings’ in their life.

“I also feel like we’re living in a very drug-positive culture world right now,” he continues. “At least in a majority sense. And that’s led me in more recent years to see my closest friends, family and even myself to overly ‘try’ things to the point that they let those things define them more than they should.”

Though all the tracks on Drug Phase are special to the band,, Dominick says it’s the title track that speaks to him the most.

“It represents the part of the album’s story and the part of the phase that’s mainly focused on me finding myself again,” he admits. “While also being brutally honest about why I might’ve gotten so far away from who I am in the first place.”

After their brief hiatus, the band are most grateful that they get to make music again.

“We’re insanely proud of this EP for a bunch of reasons, but one of the most prominent has to be that it’s allowed us to feel like our band again,” Dominick explains. “We took a decently long break and made a pretty big departure from our sound with trying other musical endeavors over the past few years, so it’s almost cathartic being able to like myself for what I feel I know I can do well again.”

Take a listen to Drug Phase below!

The EP will be available for purchase March 29 via Take This To Heart Records, and preorders are available here. They’ll be embarking on a brief tour in a few days, and tickets can be purchased here. Be sure to check out the dates below. 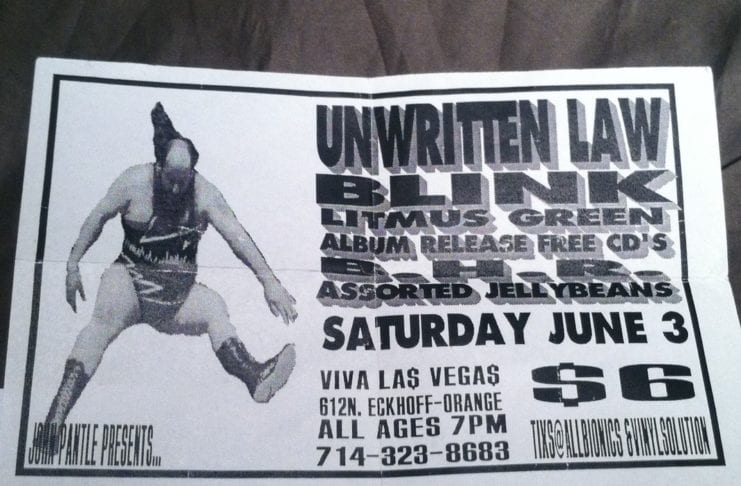