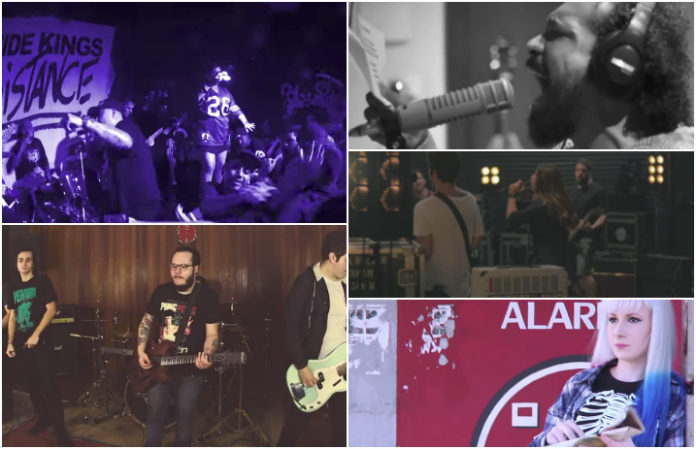 Any music fan who lives on social media has probably heard of those famous three words inevitably found somewhere on every band update: “Come to Brazil.” But what if, for a change, Brazil came to us? Well, look no further. Brazil is a megadiverse country with several unique cultural aspects, including their official language, annual festivals and music styles — and we’re not just talking about samba and bossa nova! Check out some of our favorite acts hailing from this large South American nation.

Read more: 10 up-and-coming bands you need to know from Australia

Assembled by members of other local hardcore bands in 2011 and influenced by big names in the genre such as Suicidal Tendencies, Comeback Kid and Stick To Your Guns, Bayside Kings merge old school with new school and let each member’s personality shine through in their songs.

Inspired by other famous symphonic metal acts such as Nightwish, Lacuna Coil and Evanescence, Brightstorm are destined to become the next big thing in gothic metal. Coming a long way since their formation in 2012, their first full-length album, Through The Gates, is set to be released sometime this year.

Despite their massive fan following in their homeland and their longevity as a band (formed in 1994!), metalcore act Deceivers haven’t had much of a chance to break out of the Brazilian scene. Luckily, they’re looking to change that with the release of their latest album, Poisoning, produced by Jacob Hansen, who has worked with other bands such as Volbeat and Neaera.

Their name, a short version of the expression “too much ego will kill your talent,” invites for a reflection and destruction of one’s ego: The band members alternate instruments and write all songs together. EKT was on the bill for Brazil’s Lollapalooza last year, as well as performing at the Maximus Festival next to several rock greats including Rammstein, Marilyn Manson and Disturbed.

Hometown: São Paulo, São Paulo
Check out: “We All”

Hopping on the bandwagon with other numerically-named acts such as Blink-182 and Sum 41, Flanders 72 are keeping the spirit of punk alive and kicking. Their sound is fast and in-your-face, and they returned last year with a new full-length titled Atomic. They just finished a tour leg in Germany in support of the album last month.