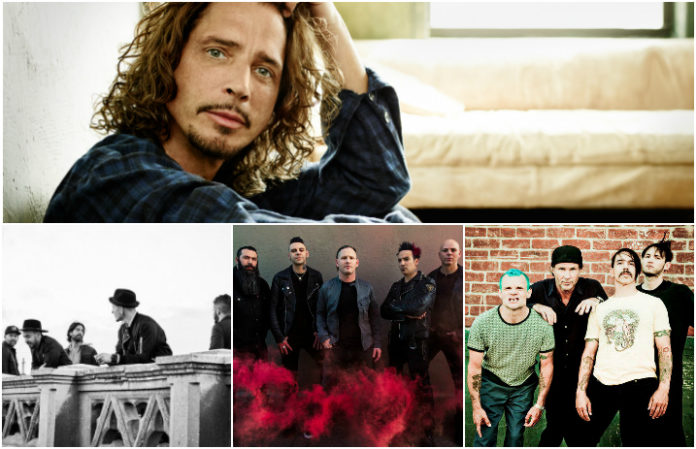 More artists honored Chris Cornell during their concerts over the weekend, including tributes from U2 and Ryan Adams. Watch them below.

U2 perform “Running To Stand Still” in memory of Chris Cornell

U2 dedicated their ballad “Running To Stand Still” to Chris Cornell at a recent concert in Pasadena, CA. The band are currently on a tour performing their entire 1987 album, The Jousha Tree, in full. Lead singer Bono mentioned Chris' wife and children by name, calling them, “beautiful, sweet souls.”

Ryan Adams and his band offered up their “Black Hole Sun” cover at their show on May 20 in New Zealand.

The Cult play Temple Of The Dog's “Hunger Strike”

Queensrÿche cover Temple Of The Dog's “Say Hello To Heaven”

While the music world is mourning the loss of Chris Cornell, Soundgarden and Audioslave frontman, who passed away Wednesday night at age 52, bands and musicians are paying tribute through their music.

From Linkin Park to Megadeth, see the way bands are honoring the music legend through Soundgarden’s iconic songs below.

Stone Sour paid tribute to the icon, covering Soundgarden’s “Outshined” at the Rock on The Range kick-off party last night.

Red Hot Chili Peppers covered “Seasons” in honor of Chris Cornell at their show in Indianapolis.

“Chris Cornell died today,” lead singer Dave Mustaine told the audience. “When I found out, I was so, so sad… We have lost one of the most beautiful voices in rock and history… We want to celebrate Chris’ life today.”

Scott Stapp paid tribute to Chris Cornell with “Black Hole Sun” tribute at his show at the Pullo Center in York, Pennsylvania.

“I just want to take a moment to keep him in our thoughts and prayers,” Stapp said, starting an acoustic rendition of “Black Hole Sun,” asking the crowd to join in.

Linkin Park dedicated their performance of “One More Light” on Jimmy Kimmel Live to Chris Cornell.

“We were going to come out and play ‘Heavy’ first, but in light of our dear friend Chris Cornell passing way, we decided to play our song ‘One More Light’ in honor of him to start this off. We love you, Chris,” Chester Bennington said.

Bush performed with a brief refrain and paid tribute to Chris Cornell with a cover of “Black Hole Sun” at Rock On The Range.