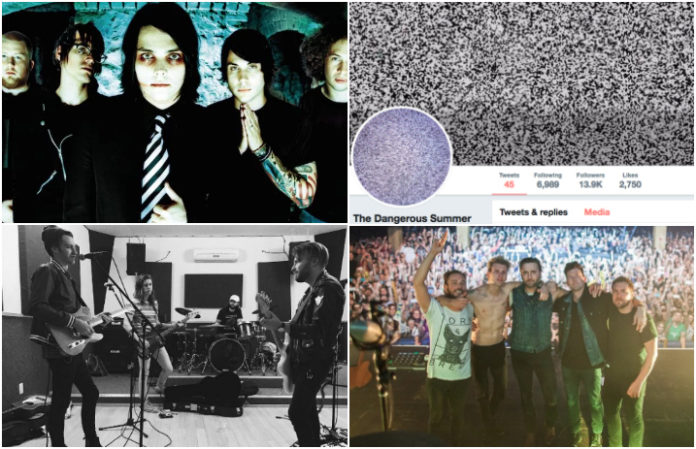 Read more: According to Gerard Way, a My Chemical Romance reunion could happen

A Rocket To The Moon

This year's 8123 Fest—celebrating 10 years of the Maine— saw the first ARTTM show since 2013 and made us all wish we could have been in Arizona for the surprise reunion. We're hoping that the excitement from that show will cause ARTTM to tour again soon.

While Andrew McMahon still plays the occasional Something Corporate song while on tour as Andrew McMahon In The Wilderness, nothing would beat a reunion tour from one of our favorite early-2000s emo bands. It has been seven years since the band's last reunion tour, and we're hoping for another one soon.

I am pleased to announce, the Jack's Mannequin band and I will be getting together for a handful of exclusive engagements to celebrate the album Everything in Transit. I will be the first to admit, I prefer keeping my focus in the present, but I cannot deny Transit's place in my life and the lives of my fans. Even as I announce these shows I know there will be disappointment over the fact this will not be a full tour. To those of you in markets we are not playing, please know we picked the routing that allowed us to play the most shows in the short time that was available. As I said so many years ago, this is a story, and it will be performed as such, in its original running order from start to finish. The band and I are truly excited by the opportunity to revisit this album and we hope to see you there. Lineup Andrew McMahon Bobby “Raw” Anderson Jay McMillan Mikey “The Kid” Wagner Guest on Keys Zac Clark Pre-sale for the 10 Years In Transit Tour begins this Wednesday at 10am local on Applauze. General on sale beginsFriday, except for DC who’s general on sale begins Thursday. 12/31 – Anaheim, CA @ House of Blues* 1/20 – San Francisco, CA @ Regency Ballroom 1/22 – Denver, CO @ Ogden Theatre 1/23 – Lawrence, KS @ The Granada Theater 1/24 – Minneapolis, MN @ First Avenue 1/26 – Columbus, OH @ Newport Music Hall 1/27 – Washington, DC @ 9:30 Club 1/30 – Philadelphia, PA @ Electric Factory 2/2 – New York, NY @ Irving Plaza 2/4 – Boston, MA @ Royale *Anaheim, if you plan on coming out to the NYE show at the House of Blues, we will be offering limited hotel packages. For $525, you will get a hotel room at Hotel Ménage, 2 tickets to the show, 2 VIP buffet passes, soundcheck passes + a meet & greet with the band, and lastly a limited edition poster. Packages will be going on sale tomorrow at 10am PST on Applauze.

And while we're talking about McMahon, I think I speak for all of us who missed the 2015 anniversary tour for Everything In Transit when I say that a Jack's Mannequin reunion would be awesome, too.

While the above tweet has since been deleted (as have all tweets on the band's page), we're hopeful that this implies a Dangerous Summer reunion. The band has replaced both the profile and header images on their Twitter page with pictures of static, and we're excited to see what this mystifying move means for the future of the band.

Read more: The Dangerous Summer just deleted all their tweets and got real cryptic

when you're fine and your life is going pretty well but suddenly remember you will never see my chemical romance live pic.twitter.com/f1I8rH1cip

This one almost goes without saying. We're all still heartbroken over the demise of MCR. 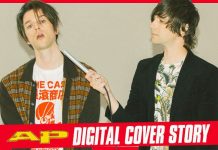 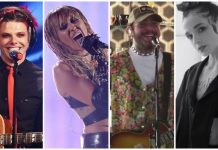 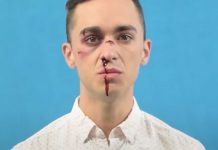