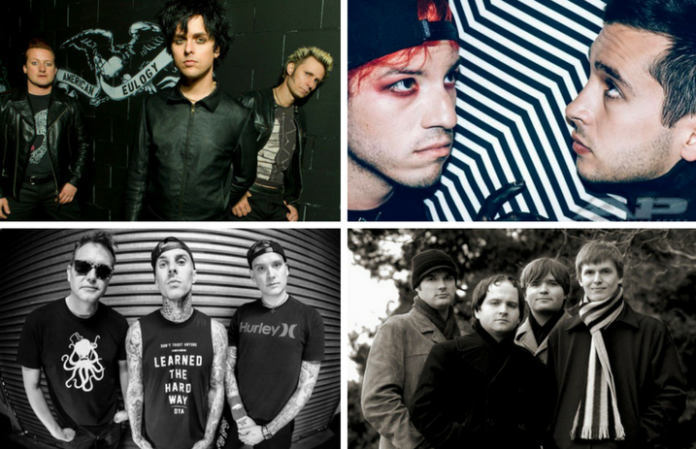 For lots of bands, songwriting means working their way through multiple drafts of lyrics before settling on the right ones.

Sometimes, even the album versions of lyrics aren’t entirely finalized. Musicians toy around with their lyrics at live performances all the time, changing the original words to prove a point, or just to switch things up a bit. Because why not?

Here are 11 instances where bands changed the original lyrics to one of their songs, either during a live performance or the songwriting process.

1. “Stressed Out,” Twenty One Pilots

Twenty One Pilots revealed their feelings on their 2016 hit when they changed the lyrics to be pretty hateful about it. At a Cleveland, Ohio, show, they sang:

“I wish I wrote a different song no one’s ever heard/I wish my mom would just admit she’s sick of every word/Overplayed, overstayed, it was a smash hit/Funny how overplayed songs sound like crap/I was told our true fans don’t like this song/But I hope they sing along/I hope they sing along.”

Green Day have never been shy about getting political at their performances; and since President Trump was elected last year, they’ve been aggressive about it — like, really aggressive. In this performance of “Holiday,” singer Billie Joe Armstrong changes the lyrics from “pulverize the Eiffel Towers” to “pulverize the Don Trump Towers.”

When the song was originally written, the lyric “off to Never Never Land” was darker. Singer James Hetfield wrote the lyrics “Disrupt the perfect family” instead, and the song was focused on the theme of sudden infant death syndrome. Producer Bob Rock and drummer Lars Ulrich convinced Hetfield to change the lyric so it would be less depressing and more accessible.

During his concerts, Marilyn Manson often changes the line “the cops and queers” to “the pigs and fags.” The performance in the video above shows the switch at a concert in Japan.

After Smash Mouth posted a photo of the original lyrics to this classic, one small scribble hilariously changed the tone for the entire hit. Before the lyric “only shooting stars break the mold” was decided on, the words “wave bye bye to your soul” were scratched out on the paper. Spooky.