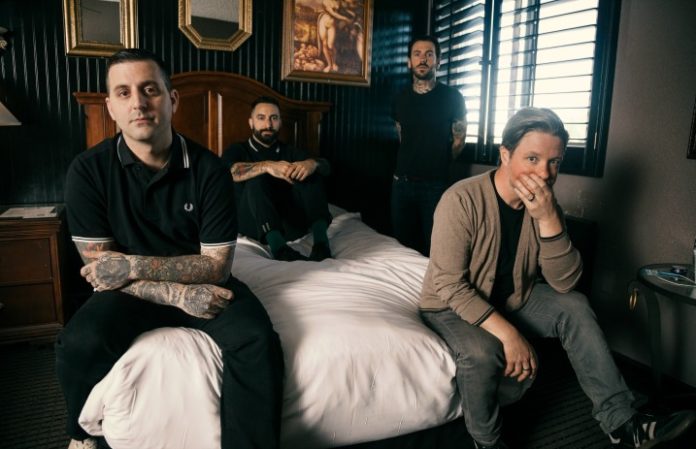 Bayside are teaming up with AP to launch the first in a series of videos taking fans inside the studio where they recorded their forthcoming album, Vacancy. In the videos, frontman Anthony Raneri and guitarist Jack O'Shea talk about their approach to songwriting and share techniques and production tricks they used in the making of the album.

“There are a lot of things that go into conceptualizing, writing and recording a record. Everyone knows that,” says Raneri. “We wanted to lift the curtain a little and give everyone a look inside how we do what we do and what our thought process is behind the creation.”

In the video below they give fans an in-depth look at their latest single “Pretty Vacant,” which apparently almost didn't make the cut to appear on the record.

Vacancy will be out Aug. 19 via Hopeless Records, but preorders are available now. Physical pre-orders, vinyl and various merch bundles can be found here.

Bayside are set to embark on a North American with the Menzingers and Sorority Noise. Tickets are available now.