Today AP is teaming up with Bear Hands to premiere the lyric video for “Mr. Radioactive,” the next single from the Brooklyn “post-pop” outfit’s fourth album, out today. Driven by a kick-ass rhythm section of bassist Val Loper and drummer TJ Orscher and articulated quite nicely by vocalist Dylan Rau, “Mr. Radioactive” has got a cool post-punk drive with some perfect pop forever on the top.

The album may be called Fake Tunes, but the motivation behind Bear Hands is completely the opposite.

Frontman/multi-instrumentalist Rau left Brooklyn several years ago to embrace life in Los Angeles. But rest assured, the sunny ’n’ smoggy climate did nothing to temper his well-crafted neuroses, dry humor and ability to write sweet hooks.

While we were at it, we asked Rau to give us a track-by-track rundown of all the stories behind the songs on the album. Consider it your ticket into a realm that may parallel your own life experiences or positive reinforcement to want to kiss that person you see in the bathroom mirror each morning

It’s about listening to someone’s problems over and over and over until you die and your lips turn blue. Excuses, promises and optimism crashing on the rocks of reality. Getting really bored with someone’s schtick and hanging up the phone on them.

A character study in toxicity. An examination of its author’s flaws, the song mines real-life fuck-ups at exotic locales and plays them for (hopefully) laughs.

This started as an ode to various female singers of the moment and morphed into a song suffused with envy and longing.

This describes the helplessness of modernity and the desire to give up control in search of inner peace. Can you find happiness in the back seat?

It’s a warning to the kids about the direction of humanity. Hopefully some insectoids will live to tell the tale!

It’s about being stuck in denial. An inability or unwillingness to look oneself in the mirror and actually do something about what you see.

It’s about pulling a geographic. Can salvation be found across state lines, or do your problems follow you wherever you go?

This song is about unraveling relationships, smiling in the presence of an enemy and the danger of premature forgiveness.

It’s a story song about rehab and lining up for the drugs you are allowed to take during your stay. How did we get here—and when can we leave?

This was written after a beloved pet went missing for 48 hours near downtown Los Angeles. Initially imagined as a loving tribute, the animal’s eventual return home didn’t really fit the song and was thusly excluded from the lyrics.

This is about the digitally insidious form of FOMO, and how it poisons the few remaining moments of joy we have left.

Check out the “Mr. Radioactive” video from Bear Hands below.

You can get some Fake Tunes here and check out the full embed below. And if you’re going to see twenty one pilots next month, get there early and see Bear Hands in the very flesh. Tickets are available here with dates below. 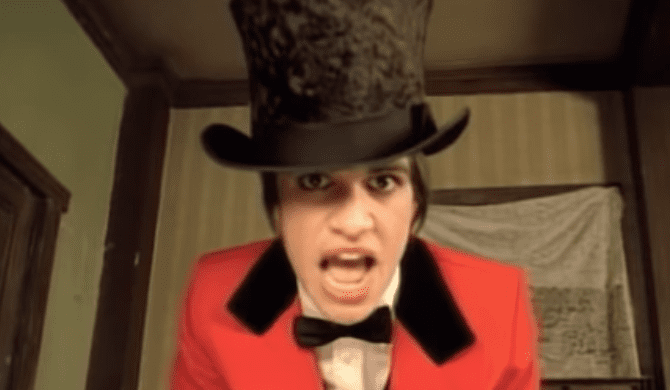