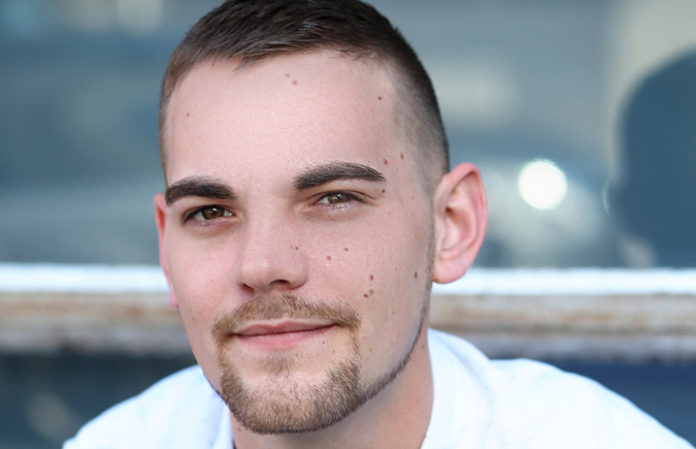 Booking agent Ben Mench-Thurlow has been a music lover since he was young. From booking shows for his middle school band to handling booking for some of the scene’s greatest, he has worked his way from assistant to agent at APA. Now he’s sharing his story and his tips for becoming a booking agent, too.

How did you get your start booking bands? What first sparked your interest?
I was playing in a band with my brother back in middle school, and I took on the role of booking all the shows, almost accidentally. I was booking the little local shows that we were doing and, after parting ways with the band, realized I liked booking shows. So I started hitting up some of our friends’ bands and working with the local music store and radio station, putting on these small shows.

Once you started booking shows, what was your next step?
I was also doing live audio for festivals and local shows and ended up getting into Berklee College Of Music in Boston. At this point, I was still doing booking on the side, so I decided to go down that career path, and that’s when I made this little Boston company called Hyper Productions. We had a few bands me and a couple of guys at Berklee were working with. We were booking, managing and having shows around Boston, and that grew, but it wasn’t anything major.

I finished the rest of my credits, and I was still booking bands and working a dead-end job, so I hit up the Agency Group in Los Angeles, and they had an internship. I bought a plane ticket, and two weeks later I was sleeping on a floor in Los Angeles, just trying to get some sort of footing. From there, I was at the Agency Group for nearly two-and-a-half months, and on my last day there, I had an interview over at APA with the head of the performing arts department, Craig Newman, and from there I worked my way up the corporate ladder.

“The only way to get your foot in the door is not being afraid to put yourself out there and risk messing something up.”

For someone considering pursuing a career in booking, do you think a degree in music business helped prepare you for what you do now?
No, I don’t think so. [Laughs.] There are plenty of people that never studied music business. A lot of them never even went to college, or had degrees in completely the opposite field. A lot of this industry is trial and error. The only way to get your foot in the door is not being afraid to put yourself out there and risk messing something up. You have to try it and develop those relationships. It’s all relationships and word-of-mouth, who you’ve worked with and what you’ve done. I think it’s important to start building that early.

I have kids ask me how to get into music, and I say just try it. Find a local band that you like, tell them you want to help them out with some shows. Read articles, stay up-to-date on what venues are booking like-minded bands, just get on the phone and start wheeling and dealing. It takes a little while to develop that personality for a lot of people—how to write emails, how to respond to people properly with that business etiquette—and you can’t really learn that in school.

What’s one of the biggest lessons you’ve learned since your start?
If it sounds too good to be true, it’s probably too good to be true. When someone comes to you with an offer for your smallest band, worth way more than they’re actually making or worth, it’s probably not going to work out. This business is so full of scummy people, and I think that figuring out how to read people is a skill to be developed for everybody.

As far as the booking world goes, you want to give people a fair share at a shot at whatever band they want, if they’re a reliable person. So, if one of my bands is playing in a specific market, I’m going to let all the promoters know, “Hey, this band is playing. Do you want a shot at the show or not?” That’s a way to build local scenes, too, which coming in as a musician first, that’s important to me.

“None of us got into this industry for the money—we all have some kind of passion for music.”

What’s a misconception about your job? And what’s something people might not know about being a booking agent?
There is so much paperwork, it’s sickening. [Laughs.] And there’s this idea that we’re these mythical, unapproachable people, which I think a lot of people have built this persona for what every agent is. I love talking to people and finding out about these bands. If a local band sends me a note and I can tell it’s actually personalized for me to read, I take the time to respond. There’s also this mentality that all agents are these off-tempered, crazy-screaming people, and while there are definitely some agents out there like that, we are not all like that. None of us got into this industry for the money—we all have some kind of passion for music, whether that’s because we played music before or we love listening to a new album and buying new music.

What should bands look out for when they’re looking for an agent, or what should they think about when they’re going to agents as well?
It’s so different for every agent. For me, it does come down to the music. You hear that a person will give you five minutes of your time, and that’s kind of true. I’ll look on Facebook, Instagram and Twitter, listen to one song, and maybe 30 seconds of another song. I look and see where bands have played, and I also look and see how many shows they’ve done. If they’ve come to me and they’ve done a couple shows in the first half of the year and a couple shows the second half of the year, I don’t want to work with them because that just shows me that the band is not totally invested into it. I hate when people tell me their scene is dead so they can’t play in their hometown. Bullshit, unless you’re in a town of 10 people, I get that your scene might be dead. But everywhere, there’s some kind of scene. It doesn’t mean you can’t drive three hours to a show every other weekend.

And just because you have a manager or an agent, doesn’t mean all the duties on your part should come to a halt. It’s consistently a team effort just to keep moving forward, instead of relying on every other person to do that for you. It’s not like we jump on and make bands famous—it comes down to the band, at the end of the day. If they’re hardworking, I’ll be hardworking.

What’s your favorite part of the job?
I think a broad answer to that question would be going to one of my clients’ shows and seeing people sing along to all the words, dancing and crowdsurfing, and knowing that none of these people would be here if I didn’t book that show. If I didn’t pick up the phone that day and call this promoter, this would’ve never happened. All these people would’ve never had this memory or gotten this concert ticket framed on their wall. So I think that’s the all-around cool thing. Whether there are 3,000 people there or 30 people there, there are still people making memories. It’s a pretty cool feeling.

What’s your final bit of advice?
We, as agents, work in the entertainment field. We bring entertainment, not just bands, to people for them to spend their extra $20 on. I think the way to really enjoy what you do, because this job tends to be quite redundant, is to find what else inspires you to pick up that phone every day, whether that’s a different kind of music or a different band, and that’s how I re-find passion for booking shows or entertainment—just by keeping it eclectic and interesting. You don’t want your career to turn into a job. You should want to get up and go to work every day.