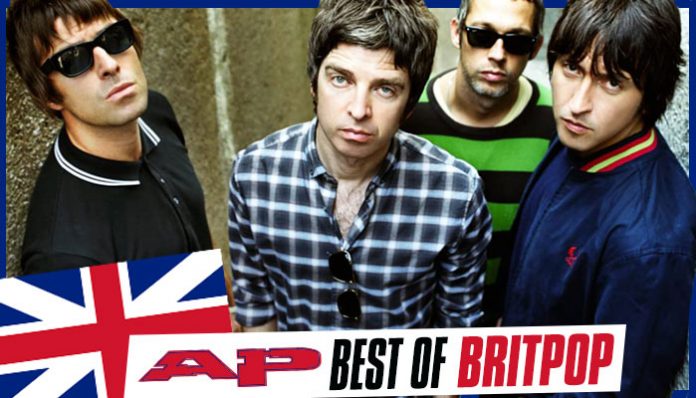 This week, the British Broadcasting Company announced that Oasis’ 1995 hit “Wonderwall” was the biggest-selling Britpop track of that decade. Noel Gallagher wrote the song about “an imaginary friend who’s going to save you from yourself.” While it’s an amazing song, Britpop as a movement was something different altogether. More proud than pensive, clamorous than calming, but still a crucial marker in rock history.

Britpop as a movement was a youth culture that was forging its own identity with one foot in the past and the other in the future. Taking elements from British rock history (the Beatles, the Rolling Stones, glam rock, the Jam, early punk), bands were stressing their cultural identities. Many fans and critics considered it a pushback in the face of American-made grunge and the success of Nirvana. Working-class stiffs, prisoners of the middle class and louts on the dole who participated all had equal potential. Theoretically, none of the bands sounded exactly the same. But the attitudes permeating their music felt universal. There’s also a complex political argument about how this era of sonic nationalism may have affected British politics. Which is better explored by people who were there on the frontlines the whole time.

What follows are some bands responsible for propelling the movement. A few of them made inroads in the States. Others couldn’t make a decent question on the Jeopardy! board. It would be very easy to end this intro with “And now, here’s ‘Wonderwall.’” But that track’s not on here. There’s a better Oasis song that symbolizes the Britpop ethos far more effectively. Come to think of it, all of these songs do.

Decades ago, this writer was presented with a statistic that was quite plausible and perfect. Based on sales figures at the time, it was posited that one in every 33 homes in Great Britain owned a copy of Blur’s 1994 career-defining album, Parklife. The title track sets up the archetype of bored British youth avoiding bourgeois pursuits and doubling down on lad culture. It’s a bouncy track, and you can certainly see why most American radio programmers thought the band were “too English.” This is why frontman Damon Albarn would later write this song in a glorious act best described as “Fuck you America, pay me.”

If any Britpop band could have a trademark on the term “cool AF” in 1995, it was clearly Elastica. With great knowledge of the punk that came before them (Adam And The Ants, the Clash, the Stranglers, Wire), the three-woman/one-dude brigade routinely killed it. Driving rock, overtly sexual songs (“Vaseline,” “Car Song”) and a neo-new-wave sensibility made them unstoppable. Or so we thought. Elastica only lasted for two albums, but everyone who saw them live came away a true believer.

Although at times it certainly felt otherwise, the Britpop scene wasn’t entirely a lock, stock and barrel boys’ club. While Elastica may have been the most visible of the Britpop sisterhood, Sleeper leader Louise Wener brought great songs and controversy. Wener wrote amazing songs that turned the tables on lad culture sexism, adopting the same kinds of sarcastic, insensitive lines and attitudes that men (and boys) have made standard operating procedure. This attitude was dressed up in solid songs (“Shrinkwrapped,” “Inbetweener”) that run the gamut from shocking and sometimes cruel. You know, just like life.

Supergrass – “Caught By The Fuzz”

Oxford’s Supergrass were all over the place stylistically, which completely worked in their favor. Their 1995 debut, I Should Coco, was like an audio term paper on Great Movements In British Rock History. But none of the record’s 13 tracks seemed forced or cloying. Consider that while “Caught By The Fuzz” is certainly a more attitude-laden track, “Alright” is a genuine pop wonder that could only be crafted by young people carrying British passports. After disbanding in 2010, Supergrass reunited for the sole purpose of playing gigs last year. But COVID-19 scotched their plans to hit America.

If David Bowie had never existed, London Suede frontman Brett Anderson would have had to invent him. Compacting the Thin White Duke’s formative glam and cabaret eras into one persona, Anderson was the new androgyne every new musical movement needs. “Metal Mickey” weaves jangling ’60s psychedelia with some crunch, courtesy of guitarist Bernard Butler. If London Suede would’ve spent three months in America, getting on each other’s nerves in a van, they would’ve been massive here.

In 1994, Menswear got more attention for their ability to game the British music industry than they did for their music. They were offered huge sums of money before they had a lineup in place. Menswear got sizable coverage in U.K. rock mags before releasing any music. Their Wire-derived track “Daydreamer” remains both catchy and obnoxious. However, the single “Sleeping In” was a complete 180 (think Beatles meet REM), proving that some of that hype was warranted. After breaking up in 1998, they recently released a lost single, “Wait For The Sun,” earlier this year.

Echobelly lead singer Sonya Madan was born in Delhi, India, and it was refreshing to see a POC involved in Britpop’s overt whiteness. But the diversity issue wasn’t at the forefront of Echobelly’s success. With a writing partner in Swedish guitarist Glenn Johansson, Madan was capable of delivering everything from roaring noise pop (“I Can’t Imagine The World Without Me”) to brisk, chiming fare (“Great Things”). Her infatuation with Morrissey and the Smiths is readily apparent in the lyrics, as proven by the wondrous “Insomniac.” But Echobelly had equal parts pop smarts and really effin’ loud guitars to make them worthy of idolatry.

Pulp, led by the witty, urbane Jarvis Cocker, had been making records since the ’80s with little fanfare. But when 1995’s Different Class came out, Pulp’s seat reservation on the fame catapult was loaded. This scathing celebration/resignation of young Britain is glorious in its self-loathing. Pulp were on point and in on the joke. Existentialism you can dance to. Seriously, just ask My Chemical Romance. Oh, and Cocker’s got a new band  JARV IS, that’s worthy of your attention, as well.

Imagine writing the biggest song of your career and not getting a dime from it. That’s what happened to Verve frontman Richard Ashcroft when he had to sign over his publishing for the use of an orchestral Rolling Stones’ sample. The story did have a happy ending, several decades later. Listening back to the Verve‘s majestic “Bitter Sweet Symphony,” you feel that Gen X angst in spades. We’ve been told a million times that the best things in life are free. But to hear Ashcroft sing “Trying to make ends meet/You’re a slave to the money then you die” is to face the truth that never subsides. Not the feel-good track of 1997 by any means but still poignant artistically.

Britpop’s rallying cry is this one. When Oasis pulled this out at their biggest gig ever, most of the crowd thought they were part of “the greatest generation.” “Live Forever” is truly the Britpop anthem, more to do with the journey of acquiring idealism than actually succeeding. “Maybe I will never be/All the things that I wanna be/Now is not the time to cry/Now’s the time to find out why.” Let’s face it: We’re all going to die forgotten. Listening to this surrounded by friends just might lift your heavy heart. Even if you have to listen with them on a Zoom call.