American Horror Story has used incidental music to great effect over its nine-year history, creating some truly unforgettable moments with a touch of songs both familiar and unusual. From characters covering classics to obscure melodies warning when danger is coming, music is never far from an important scene.

We know you’re bingeing all nine seasons to keep yourself sane during isolation. Here’s a ranking of the 11 best moments where music has made the anthology so iconic.

Read more: 10 hits from the ’90s you probably didn’t know are from movies

11. The Outpost 3 occupants receive a message

AHS is nothing without a few red herrings thrown into the mix for good measure. Apocalypse’s Outpost 3 occupants hear the radio playing the same song on a loop every night, apparently as prescribed by the omnipotent Cooperative organization. One night, the song suddenly changes to “The Morning After” by Maureen McGovern. The group soon decides their new soundtrack is a sign that they’ll be rescued by the Cooperative and their dire circumstances will turn around by morning. However, 18 months pass, and they’re still listening to the same tune. That’s one way to use music as an antagonist, AHS.

Apocalypse episode “Return To Murder House” depicted the death of Murder House fan-favorite Constance Langdon in the most fitting way for her character—with a smoke, a drink and a twirl around the house she loved most. Soundtracked to the tune of Connie Francis’ “You’re Gonna Miss Me,” Constance greets her fate gladly, soon to be reunited with her beloved children.Constance’s swan song choice denotes the more tragic reason for her suicide, feeling she failed after raising Antichrist Michael Langdon. This farewell to an icon made AHS history for all the right reasons.

Freak Show was full of AHS musical moments, and we had no idea Evan Peters shared Kurt Cobain’s gravelly tones until Jimmy Darling performed “Come As You Are.” The episode “Test Of Strength” sees Darling practice his mid-show act in front of Elsa Mars, whose feedback is “adequate,” not wanting his somber song to drag down the mood of the show. Yes, we’re still confused how Nirvana seem to have time-traveled back to 1952. However, we’re not complaining when we get to see Peters belt out a grunge classic.

Read more: It looks like ‘American Horror Stories’ is full of some familiar ‘AHS’ faces

The casting of Fleetwood Mac’s Stevie Nicks as the mysterious White Witch in both Coven and Apocalypse was a stroke of musical genius to tie in with Misty Day’s (Lily Rabe) endless love of Fleetwood and twirling around in shawls. Nicks’ arrival in Coven brings a touching impromptu piano rendition of “Rhiannon” as she gifts Day her shawl. Stepping her dramatic presence up a notch in her next appearance in Apocalypse, Nicks performs “Gypsy” to Day and the witches, with the added bonus of the Antichrist Michael looking on disapprovingly. Tough crowd.

Hotel’s memorable transformation of beloved character Liz Taylor (Denis O’Hare) burst into life, thanks to the use of “Bette Davis Eyes.” As The Countess (Lady Gaga) discovers Nick Pryor exploring his image in the privacy of his hotel room, she assists the transition and christens the newborn Taylor, fur coat and all, with the help of Kim Carnes’ motivational song. The rebirth is complete when Taylor leaves the room for ice and discovers the freedom of finally being herself. With this iconic musical moment, AHS proved the season’s resounding ideology—“Goddesses don’t speak in whispers. They scream.”

The opening scenes to AHS: Murder House established the anthology’s use of foreboding music to set the scene. As two boys trash the Murder House, the unsettling “Tonight You Belong To Me” heralds the greatest danger—the house itself. The distinctive notes of Patience And Prudence build suspense whenever they emerge, particularly in the first episode of Apocalypse for Michael’s first scene, serving as a warning to fans that the first season’s legacy still lingers.

“Life On Mars?” is already powerful enough, but Mars’ moving rendition in Freak Show took the 1971 classic to another level. Wearing David Bowie’s iconic pastel blue suit and coordinating makeup, this goosebump-inducing scene used as an introduction to Mars’ show also narrates the freaks’ guilt over “the lawman beating up the wrong guy” in episode one. As if that weren’t tear-jerking enough, the piano piece to the song closes the season’s final episode as Mars prepares to perform her first show in the afterlife, soundtracking the show’s first strangely happy ending.

The creepy side of the AHS soundtrack is as iconic as the show itself, particularly the whistling from Bernard Herrmann’s “Twisted Nerve” in Murder House. First heard as Tate Langdon describes his fantasy version of his school shooting, this AHS moment foreshadowed Tate’s not-so-secret dark side. The same distinctive sound bites are used as Tate whistles the tune to himself while stalking the school library. The harrowing reality of Tate’s actions was amplified by the use of these haunting sounds whenever the subject is mentioned, a dynamic storytelling tool that AHS has used so much over the years.

We could never forget the melody that plays every time a witch speaks, moves or even breathes. Affectionately known as the “Lala Lala Song” by James S. Levine, these unforgettable harmonies make their first appearance in Coven as Robichaux newcomer Zoe Benson (Taissa Farmiga) settles in, haunting the season from that moment on. It became the incidental theme that suggests witchcraft is right around the corner. As the witches made a defiant return five seasons later in Apocalypse, AHS gifted us many more opportunities to hear the tones of the most iconic song from the anthology.

If the closing moments of 1984 didn’t reduce you to ugly tears, do you even have a soul? As Mr. Jingles’ son Bobby Richter escapes the camp and all of its threats, the moving Mike + The Mechanics classic “The Living Years” plays out its haunting notes. Turning to face his family, who he has to leave behind, Richter’s race for freedom rings out to give us the first genuinely happy ending to an AHS season in four years. For a controversial season among fans, 1984’s curtain call couldn’t have been more emotive.

Asylum’s most iconic scene comes at the most unexpected point in its plot, as Sister Jude succumbs to her shock therapy enforced by Sister Mary Eunice, staring at the lounge jukebox. Before long, the grayscale mood of the season washes away as the asylum occupants dance cheerfully along with a brightly colored Jessica Lange. “The Name Game” is the tempo shift that Asylum so desperately needed to break up its bleak narrative, if all too cruelly short-lived. However, three-quarters of the way through the season, this scene suggested that there could be a bright future ahead for its characters. 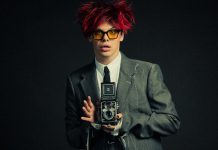 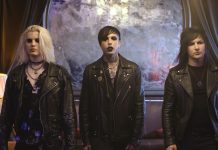