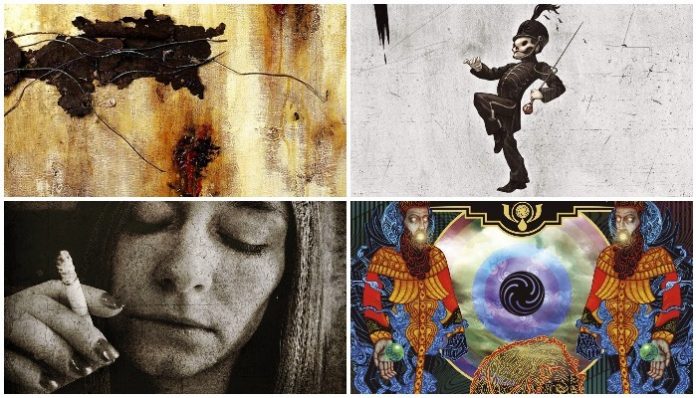 Diving into the meaning behind a band’s lyrics can offer a glimpse into what influences an artist. However, sometimes an album with a fully realized vision driving it can reveal things you never knew. Whether it’s the inspiration a band draw from in their word choice or some historical background you didn’t know about a certain topic, concept records are some of the most fun things to listen to on repeat.

Here are 10 concept albums we think are worth digging deep into to learn more about music.

Mastodon’s first four albums were all concept records, but Crack The Skye feels like the definitive album from the progressive sludge band. The album’s story revolves around a paraplegic man who astral travels but gets lost in space after flying too close to the sun. Eventually, the story introduces some real-world history with Russian mystic Rasputin, which is worth researching to understand the album better.

Defeater create interesting concepts not only for their albums but their entire band.Their debut record, Travels, brought to life a story about a young man born at the end of World War II living in a struggling family on the Jersey shores. The band carried the story forward by developing the background of the characters with each successive album.

3. Fucked Up – David Comes To Life

Toronto indie punks Fucked Up have an eclectic sound, but the depth they brought to their lyrics on David Comes To Life added to their already insane story. The record can be boiled down most simply as a love story between two people, but it involves a lot of meta plot points, and it’s carried forward on their latest record, Dose Your Dreams.

4. Revocation – The Outer Ones

Death metal being influenced by H.P. Lovecraft doesn’t sound too far off for what the genre’s themes usually fall under, so it makes sense that Revocation would take on the task of a record like this. The Outer Ones focuses on Lovecraftian themes while creating an entirely new story for fans to follow coupled with their highly technical playing.

Nine Inch Nails’ best album is undeniably The Downward Spiral, but what many casual fans might not know is it’s also semi-autobiographical. The plot follows a man’s descent into madness. Once you look into some of the themes laced throughout the album, the lyrics make much more sense.

6. Between The Buried And Me – Parallax I/Parallax II

Prog-metal masters Between The Buried And Me have crafted some of the most captivating concept records, but their dual-release package in The Parallax EP and album is their strongest record to date. It involves two people sharing the same consciousness while living separate existences. The result is a tense story with loads to unpack between their worlds colliding.

7. My Chemical Romance – The Black Parade

My Chemical Romance’s The Black Parade was their most well-defined visions for an album and earned them tons of accolades. The record’s story focuses on “The Patient” who dies, and death appears in the form of a parade. The concept opened many opportunities for the band to craft an expansive story and give room for lyrical discovery.

8. The Mars Volta – The Bedlam In Goliath

A weird band such as the Mars Volta are truly suited for a concept album that started from a talking Ouija board. Vocalist Cedric Bixler-Zavala purchased the board from a shop in Jerusalem. He quickly turned it into a post-show ritual, which led to three people appearing as one speaking to the band. The members started having things go wrong for them in real life, and that eventually inspired the album.

One of the godfathers of heavy metal, King Diamond expertly crafted some of the most well-known concept records in the genre. His 1987 record Abigail focused on a house haunted by a family’s deceased relatives involving a reincarnated stillborn child, murder, possessing people’s bodies and more.

Protest The Hero brought an interesting take to creating Kezia by having the story revolve around three characters’ perspectives of a woman’s execution. Each character has three songs to tell their story. The final track brings the band into the tale through the woman’s last words. Beyond the literal meanings, they also included underlying references to political figures of the time tying into the lyricism.