From Burger King to Domino’s, we’ve seen some truly horrifying fast-food items throughout the years.

Halloween is the best time of the year for many reasons, one being all of the great festive food. Besides candy and pumpkin pie, many fast-food chains offer special limited-time-only menu items that are both spooky and delicious.

From black burgers to pumpkin-shaped pizza, many of our favorite junk food places have and still do offer insanely creepy items to stuff your face with. As we await the new items for 2020, we’ve listed 10 of the spookiest fast-food items in history below, but be warned—you’ll probably get hungry. 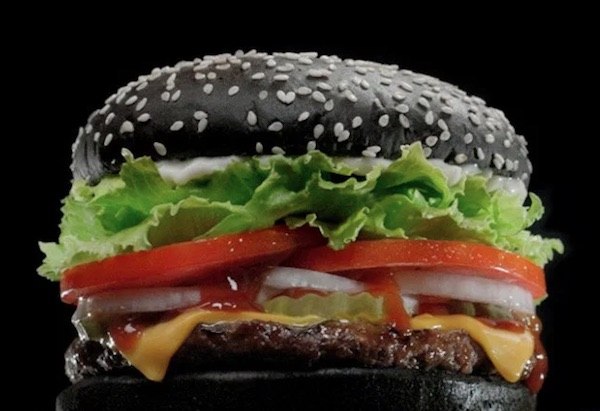 Five years ago, Burger King introduced a Halloween Whopper that came complete with a black bun baked with A.1. sauce. This was after they tested a burger in Japan with black buns, black cheese and black ketchup made from squid ink and bamboo charcoal. 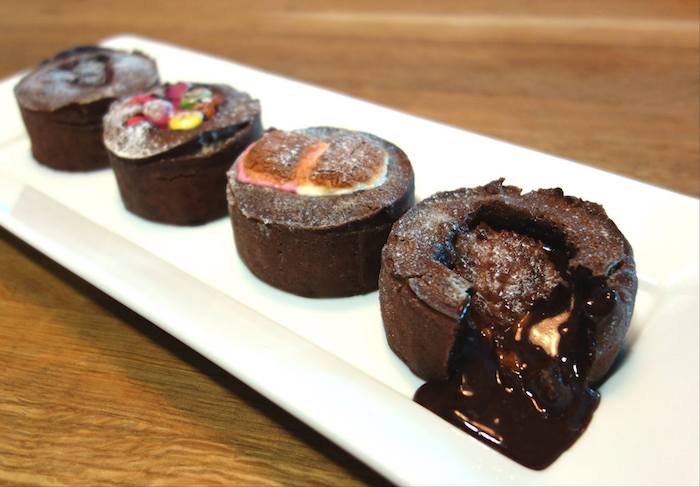 Domino’s Australia dropped a lava cake filled with various Halloween candy that tasted like you were eating everything you got while trick-or-treating. You could get the cakes filled with candy-coated chocolate, caramel fudge, Starbursts and marshmallows, so you definitely got a sugar rush. 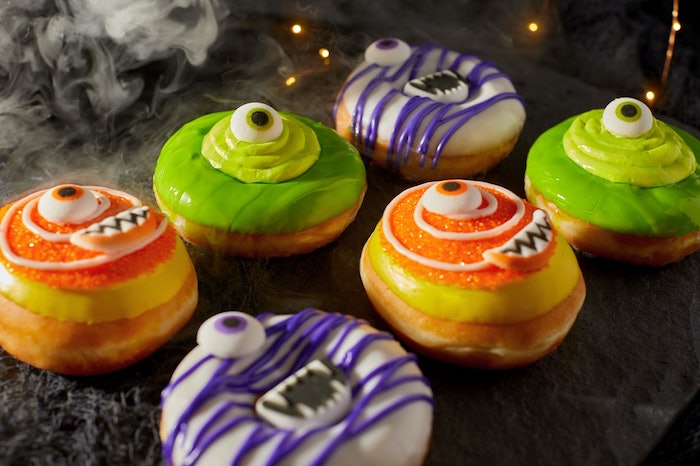 Last year, Krispy Kreme unveiled Halloween doughnuts that are creepy, festive and totally delicious. They have eyeballs and are inspired by slime, mummies and more.

Read more: 10 snacks as emo as you are to amp up your next Netflix marathon 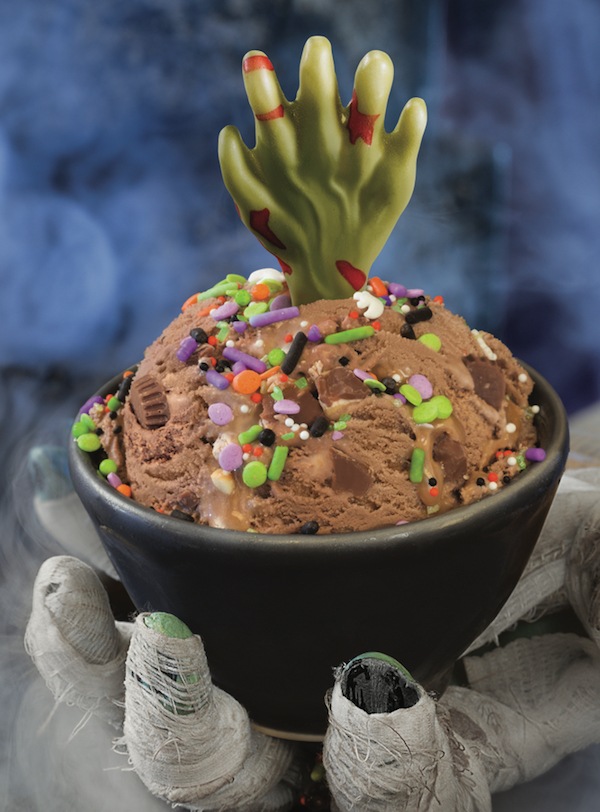 Baskin-Robbins took it to the next level this year with the craziest sundae we’ve ever seen. The Friday Night Scoop starts with their special flavor of Candy Mashup ice cream, which is complete with Snickers, caramel cup pieces and salty caramel. Then, they add Halloween sprinkles and a creepy white chocolate zombie hand sticking right out of the top. 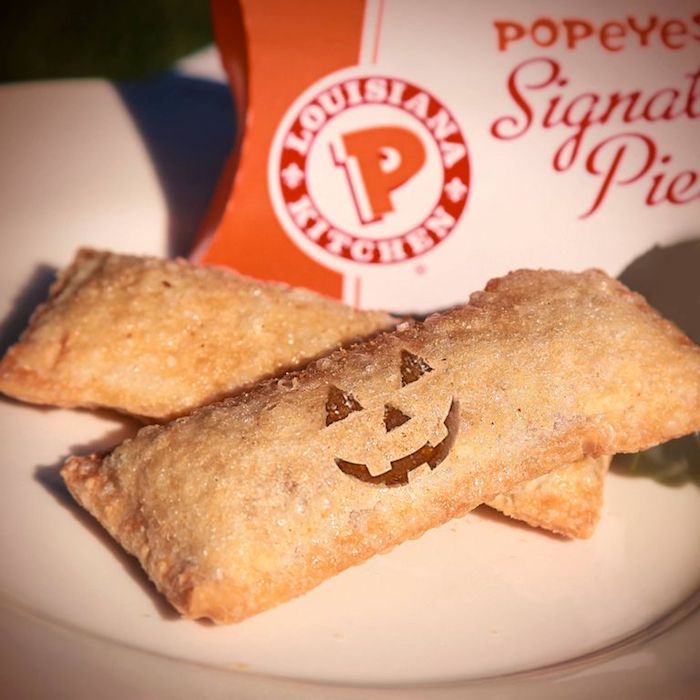 Last year, Popeyes brought back their pumpkin cream cheese pies for the first time in five years, and it was the most festive way to celebrate the season. Popeyes says the pie is a “flaky, crunchy crust that is rolled in cinnamon sugar and filled with a delightful creamy pumpkin spice cream cheese filling.” We don’t know about you, but our mouths are watering. 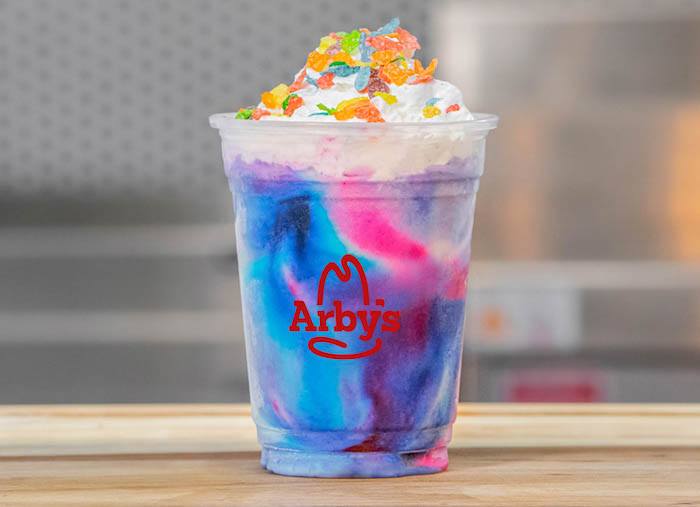 Inspired by the “storm Area 51” internet moment that resulted in a failed music festival and a whole lot of memes, Arby’s debuted an extraterrestrial menu that was out of this world. It featured a “Redacted on Rye” sandwich complete with turkey on rye topped with Swiss cheese, coleslaw and thousand island dressing. They also had an “E.T. Slider” with a chicken tender covered in Bronco Berry Sauce. Arby’s also offered loaded fries with “savory moon rocks.” Finally, it featured a “Galaxy Shake” that almost looked too mystifying to eat. 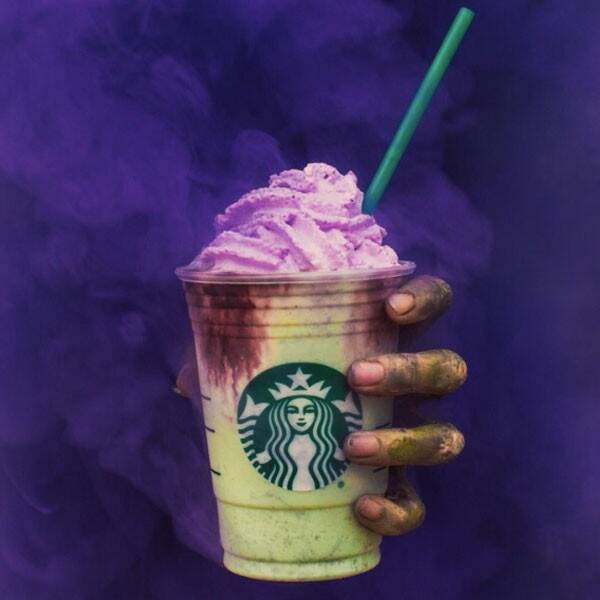 In 2017, Starbucks debuted a jaw-dropping Zombie Frappuccino that was truly frightful. The base was a caramel apple-infused Frapp finished with pink whipped cream “brains” and a red mocha drizzle resembling blood. It was the only appropriate drink to indulge in during those October mornings to kick off your day with a creepy treat. While Starbucks skipped a Halloween-inspired frozen drink in 2019, we’re keeping our fingers crossed for something as spooky as this zombie concoction for 2020.

Read more: This ‘Hocus Pocus’ Starbucks cup will get you into the Halloween spirit 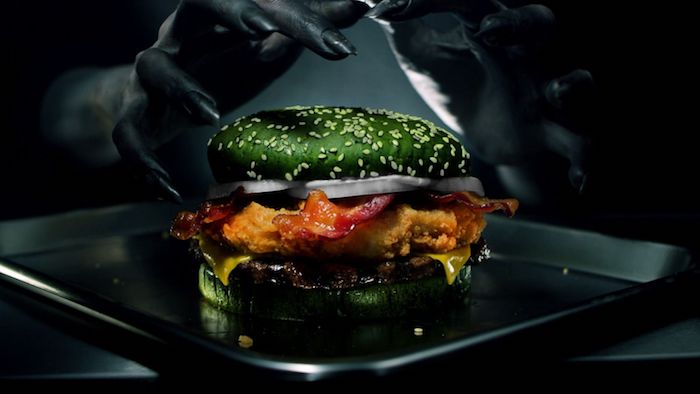 While most fast-food places stick to celebrating Halloween with festive limited-edition menu items, Burger King took it a step further and actually tried to freak out their customers. They dropped a “Nightmare King” burger that had a green bun, but that wasn’t the creepiest part—they claimed it actually gave you more nightmares. While that was according to their own tests, it’s definitely the spookiest burger of all time. 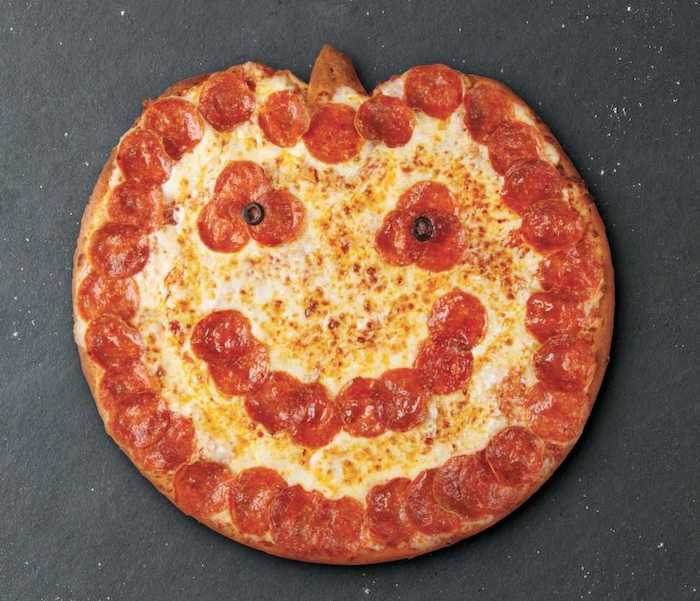 Papa John’s really gave their customers a treat by debuting their jack-o’-lantern pizza that actually looked like a carved pumpkin. It’s the only appropriate pie to eat while binge-watching your favorite horror movies this October. 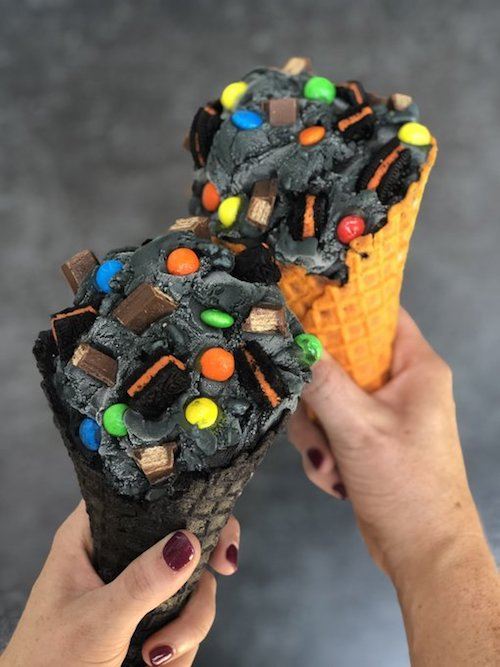 Last year, Cold Stone Creamery dropped their “Boo Batter” ice cream mixed with M&M’s, chunks of Oreo cookies with orange cream and pieces of Kit Kats. The best part is that it’s pitch black, so not only is it delicious but spooky too.