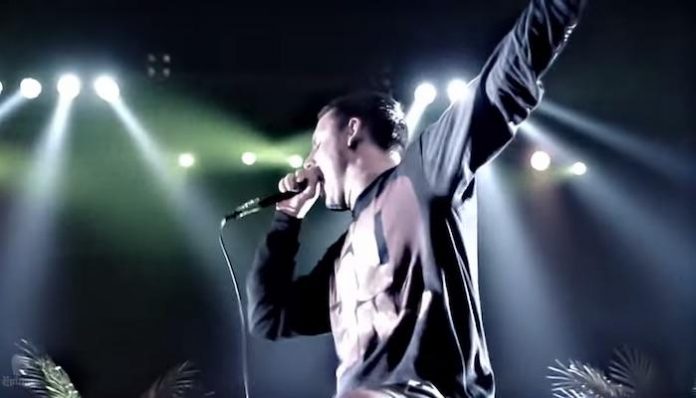 In 2020, a ton of incredible albums are celebrating their 10-year anniversary, and with that said, we’re looking back on some of the best breakdowns from 2010. Whether it was from a track on a debut record or a breakout hit, 2010 had many heavy songs worth revisiting as they celebrate a decade of existence.

Take a look below for 10 of the most brutal breakdowns turning 10 this year.

Periphery are pioneers of the djent movement, and after five years of making music, the band dropped their debut album to an explosive reaction. “Icarus Lives” stands out as one of the top tracks on the album (and in their entire discography, for that matter), with the groove that comes in prior to the solos around the two-minute mark taking the song from good to great.

The Dillinger Escape Plan have had some iconic moments throughout their career, but nothing in their discography quite captures every aspect of their multifaceted sound as well as “Farewell, Mona Lisa.” The breakdown that cuts through the melodic break toward the end of the song is pure catharsis amid complete chaos.

Parkway Drive’s Deep Blue is a straight banger from beginning to end, but the breakdown that cuts through after the first chorus in “Unrest” is one of their heaviest instances. From the upbeat energy the song kicks off with to the beatdown chorus riff, it’s hard to imagine the track can get much heavier, but they go ahead and do exactly that.

The grinding low-end chugs on the Acacia Strain’s “The Impaler” are some of the gnarliest groove riffs in deathcore, but the band are also masters of the breakdown. As the song hits the 1:40 mark, they slap out a palm-muted chug with a screeching sound that cuts through to make one of the meanest-sounding moments you could imagine.

The Devil Wears Prada really stepped up their game in terms of straight-up metal on their Zombie EP. From tight groove riffs in the intro to thrash riffs mixed throughout, “Revive” stands out among a pack of perfect tracks, with a devastating breakdown kicking in a bit after a minute-and-a-half into the song.

Every song on Whitechapel’s A New Era Of Corruption could arguably be ranked for heaviest moments of 2010, but “Murder Sermon” does a particularly good job of offering up skull-smashing arrangements. The entire track is basically one massive beatdown chopped between speedy blast beats, but the final breakdown after the melodic guitar break hits like nothing else on the record.

7. The Tony Danza Tapdance Extravaganza – “I Am Sammy Jankis”

One of the best songs from the Tony Danza Tapdance Extravaganza, “I Am Sammy Jankis” has tons of beatdown riffs and chaotic mathcore runs to keep any heavy-music fan engaged. The core breakdown with the highly technical riffing mixed alongside deep drop-tuned chugs is one of the greatest moments ever and still deserves recognition 10 years later.

8. Norma Jean – “The Anthem Of The Angry Brides”

Norma Jean’s Meridional saw the band exploring more of their melodic side, and while there’s plenty of catchy, accessible-sounding tracks across the record, it wouldn’t be a Norma Jean album without a bit of chaos. “The Anthem Of The Angry Brides” employs some wild skittering technicality throughout the song, but the final breakdown pulls it all together with one of the band’s most iconic moments.

Oceano made an impressive debut in the deathcore scene with their first album, and doubling down with another record just a year later benefited them in bringing eyes to their band while the scene was still hot. Contagion had some truly evil-sounding breakdowns across the entire album, but the cap-off sequence at the end of “Weaponized” drives home how nasty this band can sound.

The Chariot will go down as one of the most chaotic bands in hardcore, and their eclectic sound shines through on Long Live. The off-kilter aspects of the band come through vividly on “David De La Hoz” when they play a slightly offbeat breakdown to back the spoken word section, courtesy of Listener’s Dan Smith.